A Blast From The Past! 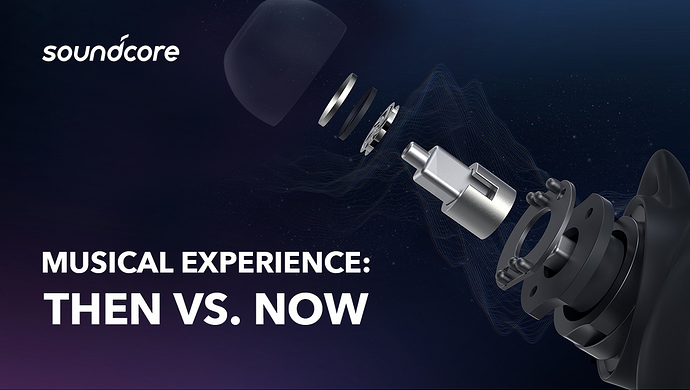 Don’t we all take portable music for granted these days? Like everything else, music has evolved over time, and right now, the industry has had to adapt to emerging technology constantly. Before we deep dive into our topic, here are some questions to give your brain some exercise: When did people start listening to music? How did people listen to music before the Walkman?

The answers to these questions bring us back to how people listened to music centuries ago. The story begins with Thomas Edison. In 1877, he successfully invented the phonograph, a device that could record music and play it back. Though the sound quality was awful, technology continued to develop, and it improved!

Here’s his “Mary Had A Little Lamb” recording, for you curious people: https://www.youtube.com/watch?v=fnGsHx7QD2o 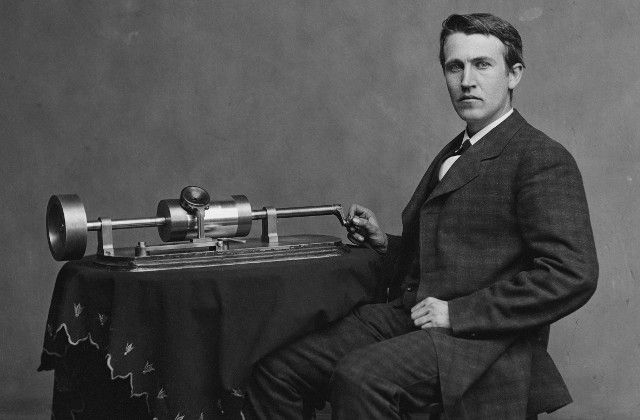 Another groundbreaking invention was the Graphophone by Alexander Graham Bell, which resulted in higher quality sound production.

The first modern loudspeaker came to life in 1921 by C.W. Rice of General Electric and Kellogg of AT&T. Today, they are commonly found in home entertainment systems, phones, vehicles, and much more. We know that they are compact and more efficient today but have you ever wondered what the first of its kind look like? Watch the first prototype of loudspeaker here: https://www.youtube.com/watch?v=clDMecWZALQ

Do you know that headphones started with phone operators? Later, the ones that resembled modern pairs were worn by the Navy. Transitioning into more recent times, MP3 players were born. (Who remembers those thick, clunky devices? I got my Samsung YP-MT6 MP3 player as a gift, and it looks like this!) 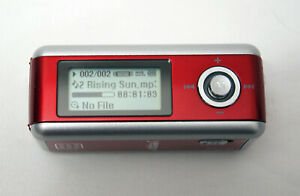 By the early 2000s, headphones gained mass popularity. It still appeals to everyone today as all audio brands have been focusing on in-ear headphones. It has become a fashion statement that could be worn proudly in public, just like Life Q35!

The trend towards smaller and more portable headphones eventually led to earbuds. These periscope-like headphones have defined the whole true wireless concept you see these days. Soundcore Liberty 2 Pro is one such example. 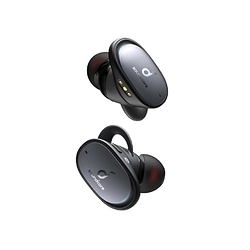 It comes with the Astria Coaxial Acoustic Architecture, explicitly designed for Liberty 2 Pro. The ACAA eliminates interference while creating harmonized treble and bass to get the most expansive sound. To those of you that own a pair, streaming music with these buds gives your ears the rockstar treatment, don’t they?

This is where we stand at the time. We’ve seen how early inventions have transitioned into the way we listen to music today. It will be fascinating to see the way it further evolves. Any ideas on how will we be listening to music in 10 or even 20 years? I’m also curious to know your first tech gadget as a music lover back in the days.

@Winniew95
Before the MP3 player, there were also walkman and CD Player.

If we speak about first headphones we should mention NAVY. Those were widely used for radio messaging

Before that there were cassette and 8 track players. I remember recording music off the radio with my cassette recorder.

@Steve976 I did the same thing, only on cassettes - it was hundreds of hours of listening to the radio to record my favorite songs. The 1980s and 1990s. I still have cassettes in boxes today. 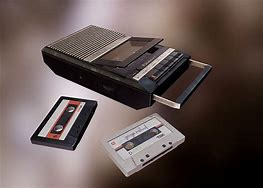 I started out with this cassette player /recorder.

I moved to 8 tracks.

I then moved to Jam box,

Then Ipods, or other android devices wired at first and now wireless earbuds.

Unsure for the future of earbuds. It seems that like phones, earbuds will probably continue to get smaller and then an explosion of bigger earbuds.

I think there may be a trend toward bone conduction but unsure if that trend will last.

For voice not music, you can’t transmit the higher frequencies. So good for say sunglasses to receive calls without blocking ears, but not much more. I own a pair, utter rubbish to the point I basically binned them. You have to apply so much press on the skull they are uncomfortable.

Ultimately in the end game, we won’t have audio products as we’ll have implants which feed direct to our brain. That bypasses the ear, so cannot damage ears. Our ears pick up natural sound but that which is electronically originated is direct into brain.

So anything less than that is to me a bit behind the technology curve.

My first audio tech was a tape recorder and my first owned album bought with it was Bill Haley and the Comets. 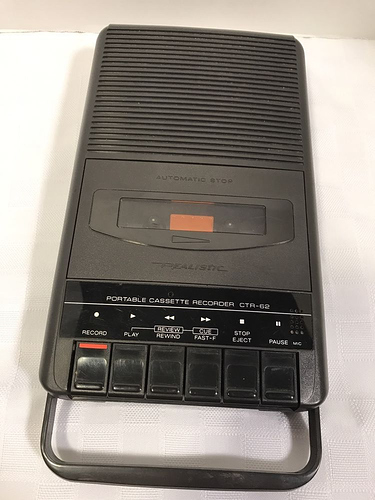 But I used it more for loading computer games 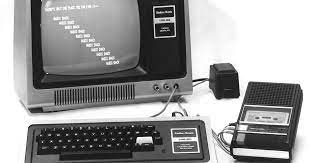 I then moved up to a combined radio+casetter so could record bypassing microphone, looking like this 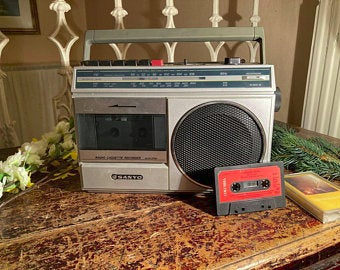 I owned a walkman at some point, primarily for the radio but tape also 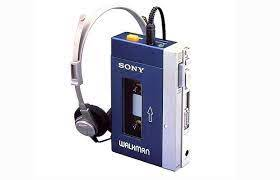 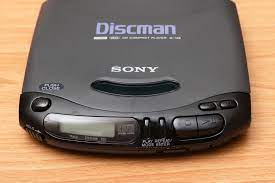 Eventually I kind of got a memory so good I stopped listening to music as it was stored in my head, and I’d hum or whistle along to music I had in my head. It sometimes comes out as singing… which does make oneself look like the crazy guy…

I agree that it is more of a potential trend but can see a few companies do it.

Oops! Sorry about that! Made the amendments. Thank you for letting me know

I started with a Sony Walkman, but then when I was around 10 or so I stepped up to a Sony Minidisc player and then eventually a regular CD player. But at home I had used 8 track, Cassette Tape, MiniDisc, Laser Disc, Record player.

I think we all had a version of that cassette player with a mic back in the 70s.Truth be told I was also splicing tape on a Reel to Reel tape player since I was 8 years old. 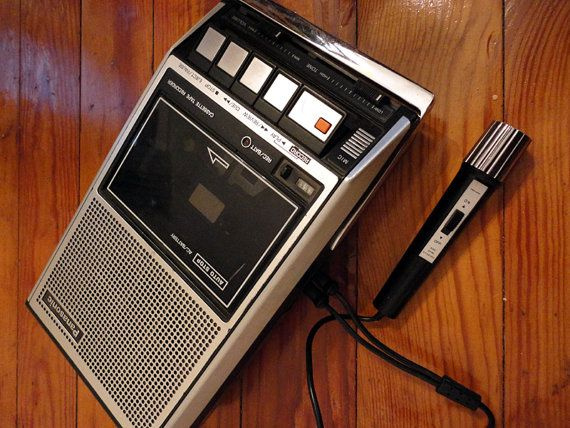 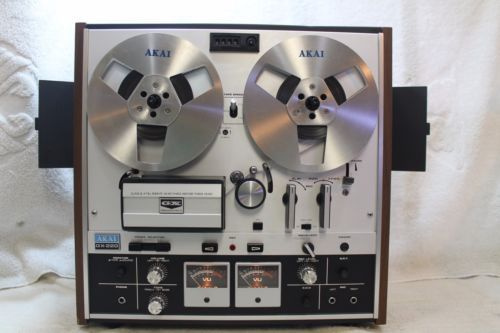 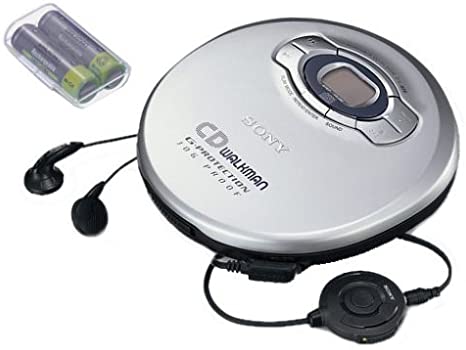 They had epic laser stabilisation, so a track would still play, while the discman was in my pocket.
Afterwards I had an Creative muvo tx with 128MB of storage 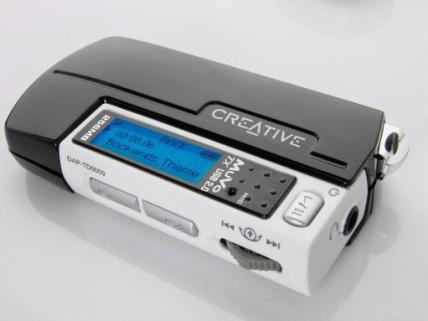 So much music.
And now spotify changed my world.
Its so awesome so have all that music with you…

I still have such a tape in use its a Revox
Works properly 45 years old now.
This is real quality! 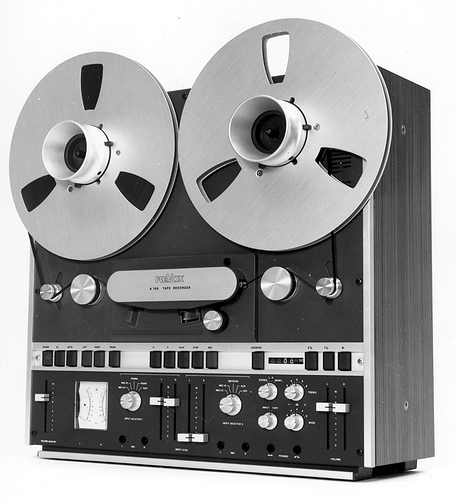 Like @Tank I’d say that things for me started with a “Walkman” but not the Sony type, followed soon by a discman. Gotta luv Columbia house for the cds if you knew how to work the deal…

We did have a turntable in the house and some old old old pressings, but didn’t really listen to many of those.

I also have laser discs, and am still to this day kicking myself for not picking up the Star Wars trilogy for $30…

For those unawares, laser discs were uncompressed video and audio and were superb for movies. Sadly the size of them didn’t bode well for future adoption… they were the size of a 33.

You know from the different devices the Zune was a decent device. I have been using it for 15 yrs almost.