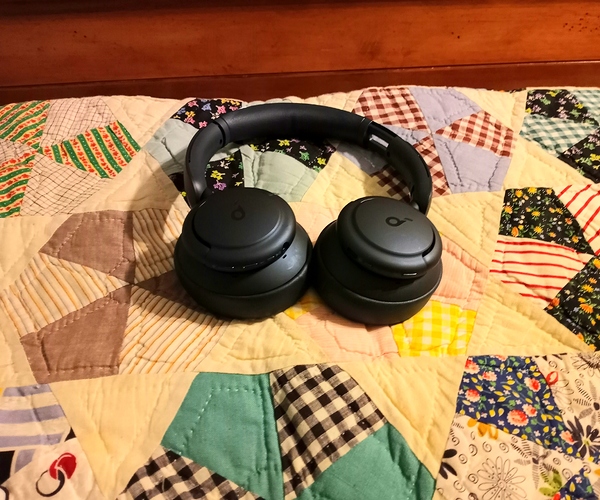 As some may know my youngest has Aspergers. He is pretty bright but does have the several aspects of people with that condition…

One of those aspects is sensitivity to certain noises. My son has shown progress as he aged to be more tolerance to one noise (Multiple people talking ) and more sensitivity to others noises such as coughing, sniffing and similar sounds ( as pollen season is starting, oh boy).

As I was looking at the q30 on Amazon to get him a pair, I noticed several comments from other buyers commenting about how they have Aspergers and how ANC has helped them

When my son got his his headset and had started to use it, he later came back to say thank you for being able to get some peace for once.

So with companies like soundcore and other companies making more affordable ANC devices, it has helped open up a whole new world to folks with certain conditions.

My next plan is to either get the school system to get ANC for school or get a second pair for him to use.

So thanks soundcore for affordable headsets.

Thanks for this interesting thread.
My wife has been insisting for several weeks that I also have Asperger’s Syndrome

. He reads a lot of books and I keep hearing about this disease. I try not to say no anymore because then she says even more that I have Asperger. You consoled me because maybe thanks to your weft I will get “in order to heal” Q35 …

I wish your son good health!

My wife says a lot of things “I have”.
But I dont mind!

Happy to read you found something that helps your son feel better. Always nice to read stories like this!

I am glad your son finally has some peace, My wife got injured at work over a year ago and ever since then she has had an increased sensory overload and you can see in my video review
when she realizes how well they work she starts to tear up. she has since claimed the Q35 as her own as they help her on a daily basis now and she brings them with her whenever she goes out now.

I am glad your wife has relief as well.

I have intermittent hearing loss.

I can’t hear anything my wife says when she says “great reset”.

I wonder what an ENT would say to that?

Nice to see the ANC offers a momentary respite from the sensory overload for your son. I concur, the Q3xs do pretty good job with reducing the surrounding noise.

Glad he is able to enjoy and hope the school can work to get a second pair.

I will say he literally wears them several hours at a time someday. I tell him that I am glad they get 40 hours of battery life or I would be charging those like daily during the summer. LOL