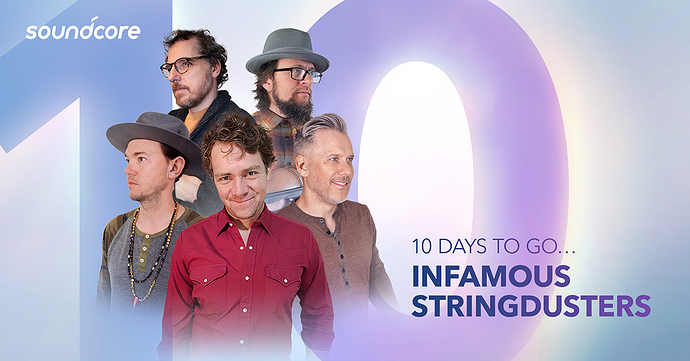 Time to reveal our first Grammy-award winning artist! Well…artists, because they’re actually a band. I’m talking about The Infamous Stringdusters!

In case you’re not familiar, they are an acoustic band out of Nashville who specialize in their own unique take on the bluegrass genre. They play all stringed instruments, from fiddle to banjo to the double bass, so I guess their name refers to the fact that there is no dust on those strings!

They were nominated for their first Grammy in 2011, but won in 2018 for their album Laws of Gravity.

One of their most famous songs is “Fork in the Road,” which you can listen to here if you’d like:

In addition to the more standard bluegrass offerings, they also have a new Christmas album out this year. So if you’re like me and don’t believe/accept that Christmas is over until roughly January 7th, consider giving it a listen!

Are there bluegrass fans here? Put your hands up if so, and please take that piece of grass out of your mouth, that can’t be sanitary. I’d be really impressed if anyone knows some southern-style folk dancing, though!

What comes next, loyal Collectivites? A band, an individual artist…who will they be? Leave your thoughts below, and wait for the answer to be revealed tomorrow…

Sounds great, I would like to see them on stage.

I am sure they got the ability to do a life performance.

Many other “artists” can’t -> only studio,

Sounds great. Never heard them before. Probably will look for other their songs.

I am not in this type of music so much,
but when I am listening to musicians I know if they are doing their job well.

Man, I was off. I think I may keep my guesses to myself until I am more sure

Haven’t heard of them but I’ll check them out.

YEAH! I LOVE the Stringdusters! I’ve seen them in concert at least a dozen times. Check it out: 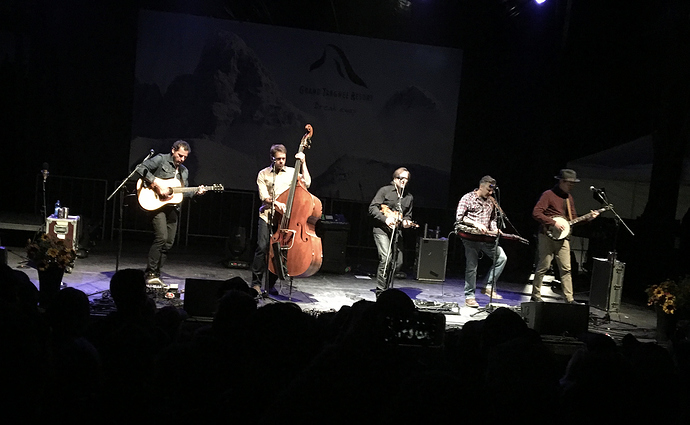 Saw these guys the first time they played the GRAND OLD OPRY at The Ryman in Nashville, Tennessee. ‘Poor Boy’s Delight’ one of my favorites.

Well not surprised I never heard of them

. Wondering if I’ve heard of any of the others

Bluegrass isn’t a frequent listen for me, but they sound good. I was correct not to try guessing though, I hadn’t heard of them before at all.

Oooooo this is great can’t wait

Can’t wait to see the rest

I got to check some of their songs out

This is what I thought, no artificial made music.
True, stage musicians.

Those are the only honest ones, I always like.
Even if they are not playing the music I know.
Doesn’t matter at all.

I almost forgot there were such events called festivals😂

See, you have a favorite festival - that is dedication. I don’t even know what festivals there are.

This is what I like most! In the US, this style of music (bluegrass) is well known for having the most talented stage musicians in the country. Try this one, which is a version of a famous Banjo song by Bela Fleck that features a very talented bass player, Edgar Meyer. It might be more to your liking. The bass joins around 1:00.

I have seen these two perform many times. Watching them is like going to another world. Here is another video of them playing with Zakir Hussain, a tabla player.

I saw these three perform around the time of this video. I had never seen a tabla player in real life, and it was mesmerizing.

Anyway, to the main point - when listening to expert musicians like this it is necessary to have great audio, which is why we love Soundcore!