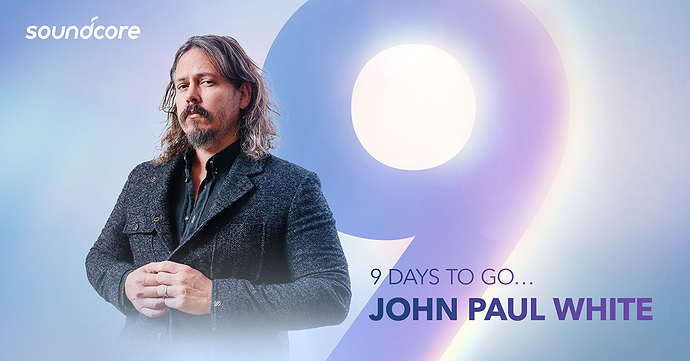 The next of our Grammy Award-winning artists, like yesterday’s Infamous Stringdusters, also began his career in Nashville. From 2008 through 2014, he was half of the duo The Civil Wars and has flourished in a solo career since 2016.

Hailing from a chicken farm in Tennessee, White began making music from a young age, recording his first experimental album with friends in high school. Later, he and Joy Williams formed the group the Civil Wars, which together won a total of 4 Grammy awards (one of which was shared with Taylor Swift for the song “Safe & Sound” from the Hunger Games).

The Civil Wars’ sound has been described as a mashup of rock and country that’s sometimes difficult to categorize and, as a result, attracts fans from all over the musical map.

Here’s their Grammy Award-winning song “Barton Hollow” for an example of what we’re talking about:

White’s latest album, The Hurting Kind, is out now, and you can read all about it and have a listen over here if you’d like.

So far we’ve had two Nashville-based musical acts in our big roundup of Grammy winners. Which genre/city do you think our next featured guests will hail from? Let us know what you think down below, and @Hannah will clue us in tomorrow.

Will have to check him out

The name doesn’t ring a bell but the face kinda does. Will check him out though

Another interesting song, another artist I wasn’t familiar with.

With everyone else in not knowing this person.

Lol I had to google just to make sure but he does kinda look like Johnny Depp. Just a little though at first glance

I’ll check out some of his music

Lol yeah just when scrolling quick and not paying attention

Lera Lynn is another great rockin Nashvillian (can I say that?) and she has played with John Paul White.