Direct preorder Liberty 2 Pro purchases from the UK charged wrong amount and in USD, and lack of notes rewards in account

Just preordered my Liberty 2 Pros, they look like good kit. Thankfully I charged it through my Curve card which gives me pretty good rates on GBP->USD without any FX fees, but it didn’t mention that anywhere on the purchase, and it’ll sting quite a few UK users as most UK bank cards charge a nasty fee for $ transactions. Also, I got charged $122.04 which equated to £99.38 - I know £0.38 isn’t much difference (I got lucky, most UK banks would have put it closer to £102 with a ~3% fee for the conversion), but you’re not charging what you actually say you are on the website, which could get you hauled over the coals, especially as the invoice specifies a completely different amount to what I’ve been charged.

Did notice the lack of Notes rewards appearing in my account, despite using the same email address and being signed in to the site at the time. Do they get credited later? (Going off the text in the email - “We’ve also rewarded you with Notes - our community currency - which you can use to buy Soundcore products, Coupons and even Swag!”)

I can’t speak on the currency or charge. But as for the notes, they can be found here
https://community.soundcore.com/referral/redeem

And in order to use them you have to cash them in for a coupon, or gifts and that usually takes 1 to 3 days processing

I have looked but do not see it anywhere, how many notes should we get for purchasing these? I saw that I should be getting some in my emailed receipt also but don’t know how many. Thanks!

Tried that several times, they didn’t.

Did notice the site was immediately under maintenance after my order though.

I’m more concerned about the fact I was overcharged.

Contact support about that. I don’t think anyone here can do anything about that.

Done. Hopefully get an answer soon!

Just a heads up, from October 1st to October 7th, It’s China national holiday. So almost all Chinese based companies are off or working in limited capacities so there may be a delay in a response. Also given the weekend response time may also be slower

Had it happen with 2 of my referrals as well, nothing came up and no credit for them which is fine and all, I know that the site is getting hit left and right with non-stop things coming in.

We’ll be sure to update to let us know what they say, I’m missing my notes from my order too it seems. Maybe the notes do not hit until the order ships?

CS seem to be having difficulties understanding what I’m describing to them. Short version is their CC provider, OceanPay, is charging everyone in USD ($), regardless of the country chosen, though they manually processed a refund for the difference for me apparently. I suspect PayPal is doing conversions for them if going that route. They need to either tell people they’re being charged in dollars, or fix their currencies. No word on the missing notes etc though, CS seem to have ignored that. Though in the UK, said notes/points etc seem a bit useless anyway. I was going with “pointless”, but it seemed a truly terrible pun.

Apparently has been forwarded to IT from the CS rep.

@rick_anker Where did you buy the Liberty 2? I am not sure if that had anything to do with it but this was from how you earn points/notes.

How To Earn Points and Notes 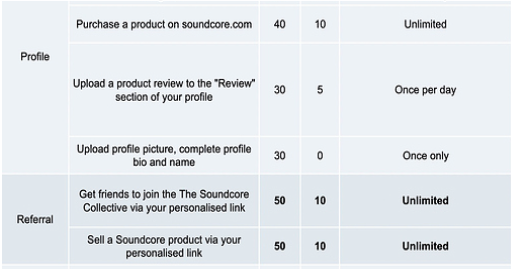 If it was not from the Soundcore site, I wonder if that is a potential issue.

@Duane_Lester I purchased the Liberty 2 Pro directly from soundcore.com, while logged in, on the early bird pre-order. Hence the confusion at it not being tracked.

('Scuse the deleted posts, having issues with the forum software.)

@TechMan maybe, but they sure charged me for it