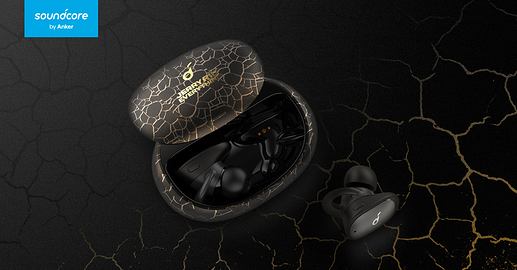 We’ve teamed up with one of the world’s largest teardown tech YouTubers, Jerry Rig Everything, to give away 10 limited edition Liberty 2 Pro!

First… That is a sweet case there. I will have to go check out Jerry.

Would love to have one!

Let’s see how good my luck is

Interesting… looking forward to get one

Hope i win the give away🙃 may the strongest have it😅

excited for the giveaway!

I just love the Anker products. The soundcore headphone and the anker 10.000 Mah make the perfect match in my daily routines. I hope i can win this giveaway

This is actually very cool

I wish i could win these headphones

They look soooo dope I have some JBL free x’s but the left ear just broke last week and i’ve missed having some ear buds for commuting, And I hella want some of these!

I promise to not Jerry Rig them, but using them to watch JerryRigEverything