How important is ANC to you?

I’m seeing a lot of threads which suggests sound quality matters more than ANC, and when ANC worsens sound quality it is consistently negative feedback.

Poll is to see if that observation is true.

I live in shitty neighborhoods so to me good ANC is essential.

We already have good (enough) over the ear headphones with ANC in the sub $100 price category. My Life Q20s were a boost to my quality of life. The Q30s are apparently even better.

But we still don’t have good enough ANC earbuds in that price category.

The product that I want the most is a pair of ear buds for <$100 that cancel sound as well as my $50 Life Q20s but apparently the technology hasn’t reached that price point yet.

About sound quality I’m not an audiophile so I’m OK with headphones sounding good if not great. I hate too much bass though.

I haven’t tried those myself but according to early reviews they cancel sound as meh as every other ANC earbud in that price range which would make sense because from what I understand many of these share the same technology but in different packages. I would love to be proved wrong though.

As a college student, I would say ANC is very important to me. The dorms are usually noisy as are roommates so it’s nice to be able to tune them out nicely. Sure I like to have good audio as well because there is no point in good ANC with really bad audio but I would rather have good ANC with decent audio than decent ANC and good audio.

Back then no ANC, so if you used speakers and not headphones we held you down and shaved your head on one side as first offence.

Hope they are considerate for you or the Mohican style may return.

I’ve had the LA2 for a while and the app to customize the button would allow for what you ask, I’d have thought easily? For buds which do ANC and ambient.

I have Bose and Sony and interesting to see the difference. Soundcore app allows more tweaking than any other.

ANC is different challenge buds Vs over-ear as the natural noise isolation is different so the ANC has to be tuned for each.

With what currently have, and the enviro I’m in, no need or interest for ANC. The L2Ps boast some darn good passive NC, good enough to keep the zzzzzzs at an unnoticeable level at the lake.

ANC to me is very important. I have the life dot 2nc’s and the anc on them is almost, and I mean almost perfect. Besides the obvious - Sony, Sennheiser etc… you know, the big money buds, the next step down is the Jlab jbuds air anc, which, in my educated opinion, is 95% of what the big dogs offer. My Soundcore’s fit right between the Jlab’s and the Tozo NC9’s. Good, but not great. It could be the design of the buds that keep them from working great for me, as the design of the Jabra 75t’s/Tozo lineup fit me flawlessly. Whereas with the Soundcore’s the design will not allow them to get deep enough inside my ears to be fully effective.

I don’t think any one design can suit everyone, the human ear is too diverse in shape in the canal the pinna (the bit you see). So long as the same good drivers and chipsets are made available in cups (over ear) and in-ear with wings and in-ear stick, and in-ear wired, then everyone should find something they are happy with.

Interestingly in this discussion I picked up on something I had not realised. Those who get a good passive NC from good fit, more want ambient. Ambient is closely related to ANC, being a phase difference.

I’d love to be a fly on the wall of the engineer having to solve this.

The Liberty 2 Pro are due an upgrade next, logically (I have no inside knowledge,just speculation). 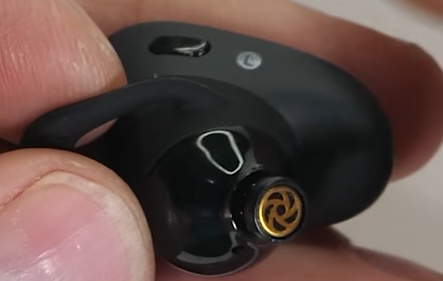 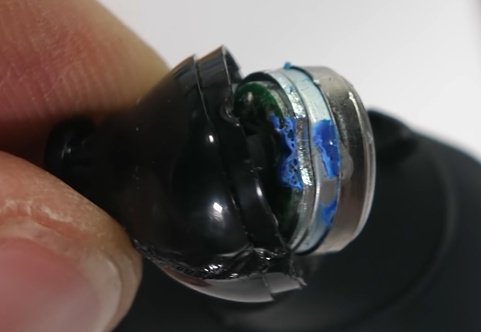 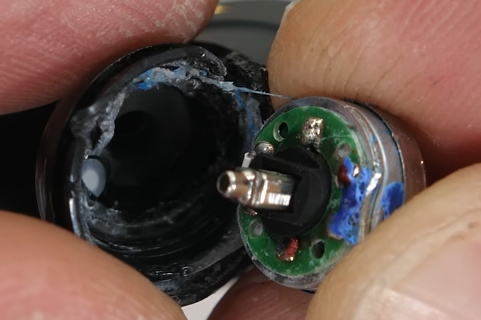 The last picture shows what is inside 1st and 2nd picture, an armature and then driver.

To add ANC would involve placing a microphone between the grill and the armature and for it to not wrattle, and for the whole unit to still fit in the ear and not have increased tendency to fall out.

I suspect the LA2P could be released before the L2P successor because the LA2P doesn’t have an armature, there’s less total length of speaker in the ear canal, so easier to fit in a microphone.

Adding ANC but with worse sound quality is trivial, but to add ANC and to improve quality, and for it be an attractive price, lovely engineering problem to solve.

The reviews of the LA2, LA2P and L2P still seem to favour the L2P for audio quality so it’s the kind still but its lack of ANC is the the next problem.

Over ear does better ANC for my anyway - it is good to see it all over the place, but so far the LA2P ANC has not blown me away. Haven’t tried it on a flight yet, to do before long probably.

You can only really block low rumble sounds with over-ear, but in-ear you have the potential to block other sounds like voices.

Human voice has fundamental frequency up to 250Hz, so wavelength is about 1 meter, the tones you’d hear would be upto 5Hz so wavelength 0.06m (6cm) , so with the distance between the microphone in an over-ear to the ear canal of say 2cm, it becomes impossible to make an accurate anti-sound as your calculation can be off by 1/3rd of a wavelength. How that would sound is you’d just hear the highest pitch parts of human voice like the whistle at the beginning of the “S” sound.

So ultimately the most engineering challenge should be solved for the best ANC. Until then the lower frequencies are the easiest to remove, like engine hum.

Itbis very usefull feature. Can’t say I use it all the time but sometimes I use it without music

True in general. But higher pitched tones are less penetrating, and commonly less loud in non industrial environments. So the combination of ANC for a low rumble plus a closed headset to block higher sounds is generally fairly effective at limiting the higher frequency penetration.

That is why earplugs are so effective at blocking industrial noise without anything complicated - a few cms of foam is actually a really good sound isolator at those higher frequencies.

To do it with over ear requires a firm fit, and that can be uncomfortable. But sometimes the best engineering solution is the simplest.

No details, but I’m just waffling arm waving there is a new something and they are overdue a Liberty 2 Pro successor, so the tenuous link is made