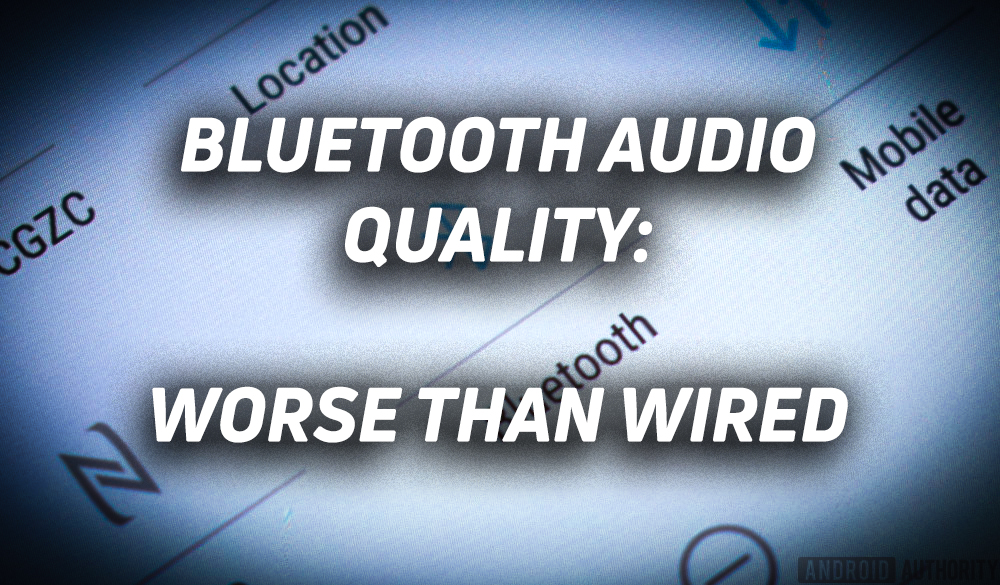 Bluetooth headphones may be convenient, but a SoundGuys investigation finds wireless units like AirPods just not as good as wired headphones.

In another thread I thought to do a little more reading, and surprised to see this claim that wired is still better?

If so, why are folks who claim as audiophiles using wireless?

I can’t tell the difference

Of course better!
No problems with bt versions.
But not so comfortable.!

The belief behind wired being better than wireless is an outdated idea. In bluetooth’s earlier years, it did suffer from low quality sound, compression, distortion, audio cutting in and out, etc. But times have changed. I’m young, my hearing is excellent, and I cannot tell any difference at all between good quality wireless and good quality wired products. Of course cheaper wireless options won’t sound as good, but neither does cheap wired options. You get what you pay for. Wired options simply aren’t worth the hassle anymore. Most people who still claim wired is better are too old to hear the difference anyways

I’ve dug out my USB-C to 3.5mm adapter, tried it now in my Huawei Android (has no 3.5mm hole) with my AptX Bose headphones, and I feel a tiny little more advantage wireless than wired, but that could just be a bad DAC in the device…

So I tend to agree… but curious if anyone can claim the opposite.

I honestly think it’s all opinion based @The_Professor

Until you get onto a conference call, and your headphones start using whatever nightmare thing is used to support bidirectional communication. Then wired is incomparably better. Not what this article looks at, but very relevant.

And that doesn’t even start to get into the ways in which wired “just works” where bluetooth breaks in random ways at random times.

I would say it depends on the device. Usually I’m team wireless cause I can’t really tell the different but having the option to have both is nice in my opinion for when battery life isn’t as good. However I’ve had some older devices that the Bluetooth just doesn’t seem to work as well and the connection continually drop or the audio sounds bad. But besides that almost everything is wireless for me

I just updated from my old Braven speaker I got about 4-5 years ago the Bluetooth connectivity was horrible it had a delay of 5 sec. It still worked but i only used it to listen to music. I figured that in that time period speakers would have changed in audio, I still believed that Bluetooth wasn’t the best, so i got the motion boom, it not only has way better sound but it also has virtually no delay.

Well, if not anything else, wired headphones will supposedly still produce less (or barely any) white background noise when plugged in, as opposed to Bluetooth headphones, which will already by default produce some background noise, not to mention ANC which then further adds some hissing noise.

If it was not for the Bluetooth connection, I would not have listened to many recordings. It is impossible to physically work with headphones with a cable. Of course, you can turn on the loudspeaker, but it often disturbs other people. With Bluetooth I do not disturb anyone and I can freely perform other activities.

In my experience, those that claim to be “audiophiles” are generally pompous t₩@t$.

As for wired or wireless. I’m in the wireless camp.
For the music I listen to and how I listen to music, wireless is more convenient.

Wired should be better. But the difference isn’t so sugnificant. Especially if you use compressed file formatd.

So was owning HiFi in the 80s, back then it was before CD and it was either analogue radio or analogue tape or analogue records (vinyl).

When the digital CD came out, I heard an argument which was (something like) as digital was a sampling, it had to be compressed, and so necessarily interior to analogue which was the true original sound. As sound is analogue, digital is an approximation and so not as real as analogue.

Therefore you had analogue sound, through a wire to analogue headphones, and that anything digital had to be inferior.

All I knew was a portable CD player was simpler, a Walkman was simpler, you could carry music with you rather than be be static in a room or having to be in a physical location with musicians.

You can never beat a real good amplifier, a turntable with a good system
(eg shure or ortofone) and excellent speakers.
Those located in the perfect place in a quite empty room. (no curtains , no carpets)
We have been discussing this a lot.

You are absolutely right