Also some images - these are computer mock-ups, I’d advice waiting for reviews to know actual colours. 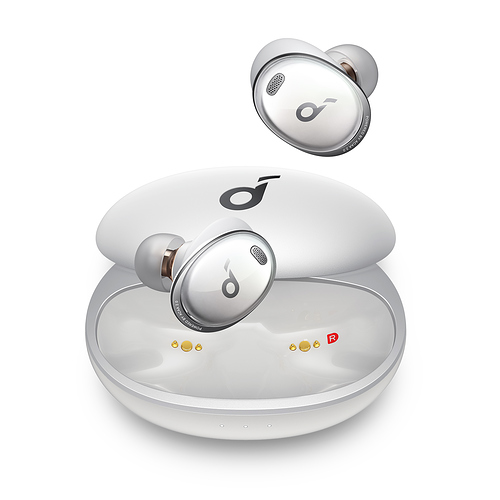 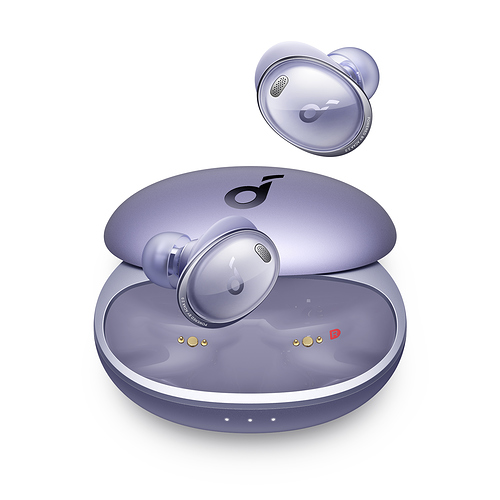 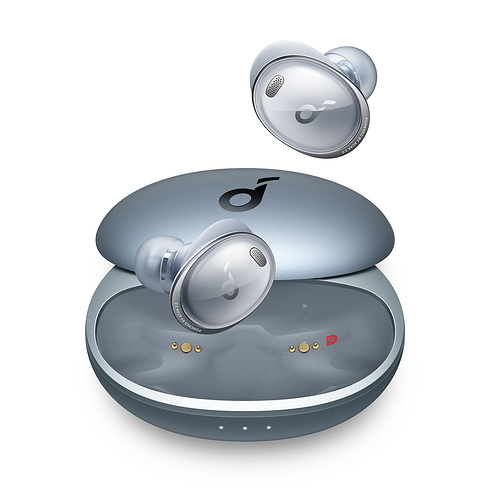 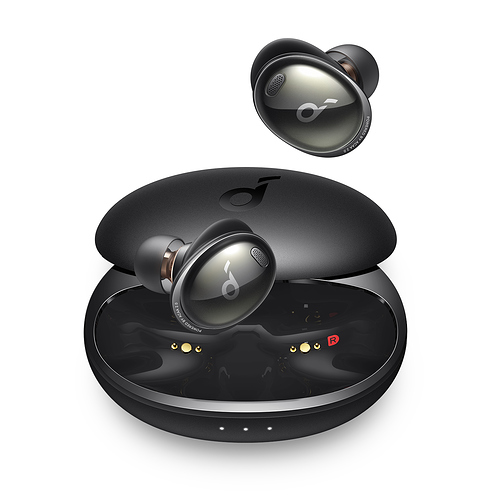 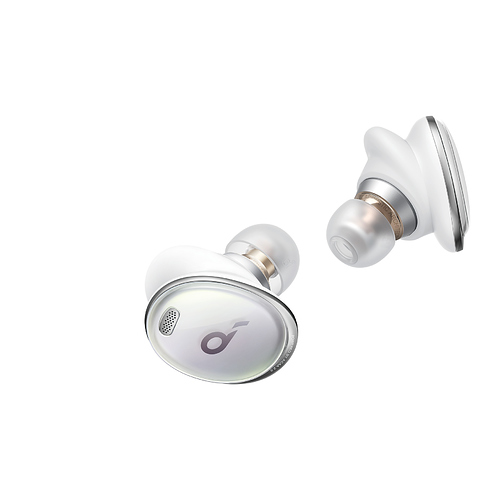 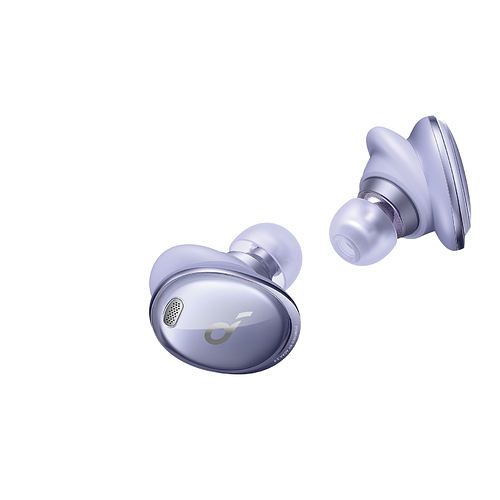 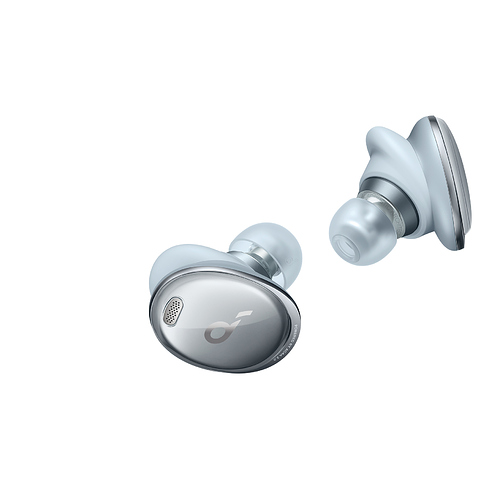 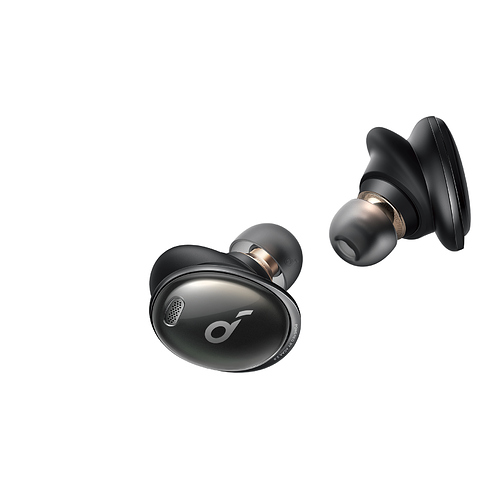 I’d also pay attention to the delivery date estimates for your country.

I think actual colours will be different. Or rather, I’d safely assume so for a £120 product.

You do know as an early adopter you have

Around a month from now we’ll be all settled with firmware updates, app updates, and a rounded collective perspective of where this L3P fits in with L2P, L2P+ , LA2P , LP3.

Took me about 2 hours to write the original post and in that time i’m really enjoying listening to them.
My concerns on the fit are fading – they aren’t moving – they’re just smaller and therefore not contacting with the ear so much and just with the fin so they don’t feel as present as the 2’s do. When you take them off they just easily pop out and that was giving me this false sense that they weren’t in so well.
I think for the same asking price as the 2’s (£15 cheaper for me) they’re a real no brainer. The HearID ANC is perfect for casual listening – it’s not as strong as some brands’ is but it similarly almost disappears and in my office the computer noise and other minor sounds are just knocked back that bit further without feeling like you’re in that heavy ANC territory.

Haven’t yet tried them in a noisy environment with full/heavy ANC enabled yet
The comment that i wasn’t blown away is true initially but changing rapidly – they feel more refined and the sound feels tighter. The bass is there and can be in spades but it’s not as boomy … feels more controlled and the BA driver feels nice.

Fit for me is interesting … definitely different feel to these … they feel like they’re going to fall out … the fins are a lot gentler and i’m kinda paranoid they gonna fall but i’ve given them a good mosh/headbang and they’re “in there”.

App — The Android app has been updated recently with these so they’re picked up straight away — however for me it’s not allowing me to pick LDAC as it says the buds need a firmware update but when i click the button it tells me I already got the latest (03.36)

The HeadID worked the same … the ANC test crashed a couple of times and didn’t compelte … so bugs are present in the app/firmware
EQ is worse than Lib2Pro+ – i cannot use the HearID as a base and EQ from there … i just have the option of HearID (no further tuning allowed), 3D surround (no further tuning allowed), Default (preset EQ’s but no longer include the DJ’s - just music styles), then Custom (which is a single set of 8 sliders with no left/right option)
So this is a step-back in my opinion… actually … found it just now … it’s kinda burried
Click HearID Test > HearID Sound Test then you can personalise (on) then click Advanced > Custom HearID

The ear seal tests work and says they’re ok.
The sound quality is generally better … bass is less by default than it was before and a step up i think

Sound stage feels wider and a little more easy … ANC on adaptive mode is subtle and absolutely does not give you that locked in pressure. But i feel it isn’t quite fully stable yet (feels like it comes in and out – that could be the adaptive nature but i “feel” something every now and then)

They definitely need a firmware update to unlock LDAC if nothing else … and the fit is going to take me a little adjusting to just to feel happy with the fit as they feel looser than the 2Pro’s design as they’re a smaller shell.

I think for the same asking price as the 2’s (£15 cheaper for me) they’re a real no brainer.

Prices for each product go up and down, each price point is unique. The L2P were £50 last week, for example.

The soundcore app tells me to update my 3pro to get LDAC support and jumps me to the firmware update page but then says my firmware is current on 03.36
So I cannot use LDAC at the moment

Yeah. Amazon UK I paid £119
Last week I bought the 2pro+ for £129, which are getting sent back tomorrow now

I do not own this product, my hands-on knowledge is nil. but I’d simply point out the bluetooth settings and developer settings to nose around for LDAC. You probably know already don’t mean to insult - but did you look there?

Cool so first known bug. The app is not enabling LDAC yet.

More like they need to release the new firmware which has it. Probably just a switch to flip on their side to make it public

Took several attempts to get the hearID ANC to run it’s process. Crashed the buds once and hung several times too in the app
Same with hearID setup too. Took couple of attempts to get all the way through

Email them - community is not the fastest path. If you’re encountering this, chances are only a handful like you right now and many after you.

They moved ACL to email address, meaning versions of apps are tied to the user - implies the beta testers were allowed LDAC but Joe-public not yet. They may not know yet - tell them - via email. It’s Friday and they do not work weekends so they need to know ASAP.

Something odd going on …
Watched a series of reviews now on YouTube … and i’ve seen 3 distinct firmware version and results…
03.22 - Person in this review could not enable LDAC with the same behavior i am seeing
03.35 - Person in this review WAS running LDAC already and showed the option selected in the app and his firmware version
03.36 - This is the version that i have on my buds and i cannot select

Excellent support is already on it. Excellent also of you to put in the effort to let them know.

Feel yourself proud with the early adopter pains. I was expecting this. Expect app / firmware update in next days / week.

From the last few product launches I think I saw 2 or 3 updates and a few weeks til these issues fell away.

Yeah. To be honest I think I shouldn’t have been able to buy them yet. On Amazon UK they’ve gone to unavailable and shipping on 21st which is the day after soundcore are saying they’ll be available
So maybe someone let them be purchasable a week early by accident
I have no doubt they’ll get sorted. Just interesting to do the research on finding multiple versions out there
They’ve also responded via email saying they’ll let me know tomorrow more

I don’t think its an accident, I think it’s simply they had only so many in the warehouse and they all got bought and so wait for resupply.

Different regions and colours have different stock levels, sell out at different paces. It will look as random but it’s just supply demand. I hope everyone else is as tolerant as you in the rough initial period.