(no not a product, just speculation)

I’ve heard nothing but very positive reviews from launch, very few bugs and most of the debate is which is better L2P / L2P+ / L3P so all due credit to Soundcore engineers.

With an arguable position (i.e. I’m making things up) that a year from launch is an appropriate time for a L3P successor, calling a “Liberty 4 Pro” placeholder name, get your wishlists out. This one is the trickiest as the L3P is so well liked, but over the 10 months I have seen some recurring suggestions.

I’ll kick off some strawman suggestions.

Vote on your priorities and add others. I can edit the poll probably to get items I missed voted upon.

After all, this is where we ask for things, if you don’t ask then less chance of getting!

The dual driver with incline armature I always thought making smaller and lighter a huge engineering challenge. It did take them 2 years to succeed with (I think) 27% reduction. Doubtful they can do much smaller, but I think probably innovation in the use of smaller electronics and sneak in improved internal microphone for improved ANC would be the areas I’d expect a year later an engineer could improve. i.e. I am not expecting improved sound quality, just improved everything else.

From the poll seems the 1st priority is smaller and lighter. That would be a technical challenge, and to do it soon even greater challenge.

If they could make it sound as good without the inline armature would be the best way to make substantially smaller, or given the electronics are what I’d call “chunky” they could make it the same depth but narrower at the head so it also looks a lot smaller.

If you look at the redesign of the A3939 (P3) internals and the internals of the L3P, there’s obvious scope for electronics shrinkage. Newer electronics would tend to also lower battery consumption but then better ANC increases it…

So the ask of the community is to make all this smaller. 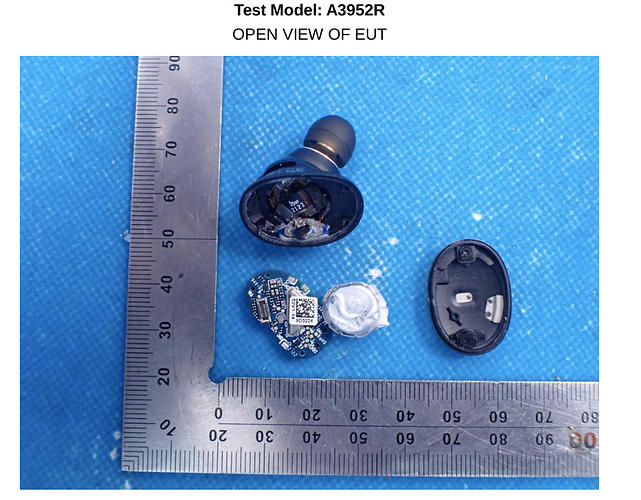 Battery life for sure for me, when the liberty 3 only lasts 40 min, and put away on a table with power options set to 30 min there dead in the morning. also have power off settings less then 30 min like 5 min or less

Cool, I re-opened the closed poll so you can add a vote.

Yes I think battery life improvements are possible, I use a different product family, the P3 to illustrate.

The original doesn’t have much blank / excess PCB but the revised version does, illustrating the shrinkage you can get in 10 months. Indeed the P3i A3993 subsequent January 2022, 7 months after the P3.

Notice almost no unused PCB space, this is 7 months after the original P3.

The L3P insides are circa September 2021, given the shrinkage in 10 months across P3 to P3i so you can imagine a tweaked P3P version 12+ months later can similarly shrink.

personally I am happy with the battery life, not sure if it is because I do not wear my buds extensively or if it because I always return them to the case and close it. ( usually at most wear them for an hour.) but personally I wish that sound core would take up the tech challenge of the smaller or finding a way to have smaller fittings

Battery life of the bud is the hardest thing to solve as that primarily means a larger battery so larger heavier. It is easier to make the case’s battery larger so you can go days between connected to power. The bud due today with 50h battery is probably related to that method.

I also have no issue with bud battery life for my X10, I often swap between buds to give an ear a rest and just a few minutes in the case adds a lot of bud battery life. I feel hence it’s non-issue.

So long as bud battery life is not a priority, that permits smaller and lighter to occur naturally, just through consolidation and shrinkage. If they made a L3P successor a year later, and did nothing other than alter the electronics (not the drivers, battery), it would be smaller. Battery life would also improve as a by-product. 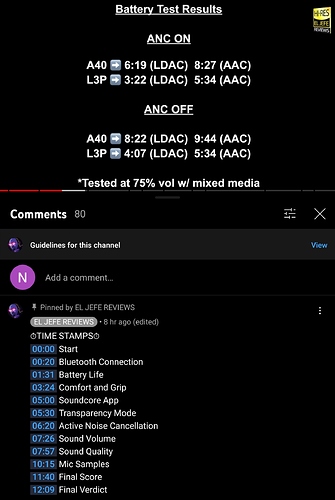 This clearly shows Soundcore could improve L3P in battery life.

Simply a revision of the L3P a year later will make them smaller and improve battery life between charges purely by shrinking the electronics. I can’t though say how much smaller. 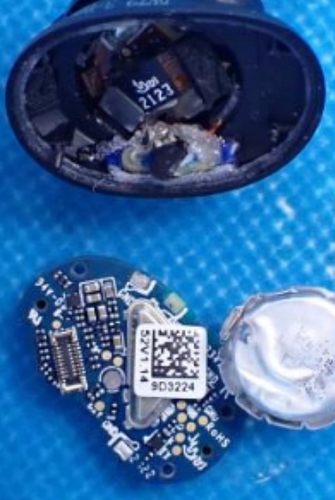 I don’t think you can reassemble these glued shut buds. Speakers, yes.

The A40 doesn’t have a teardown yet but I’m expecting within weeks.

But the previous product the X10 is here 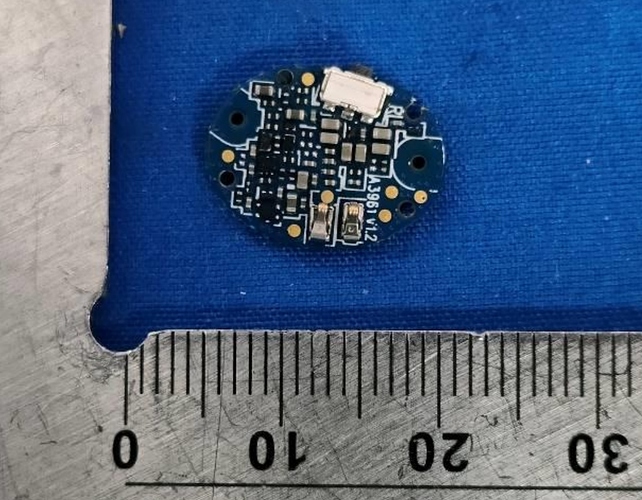 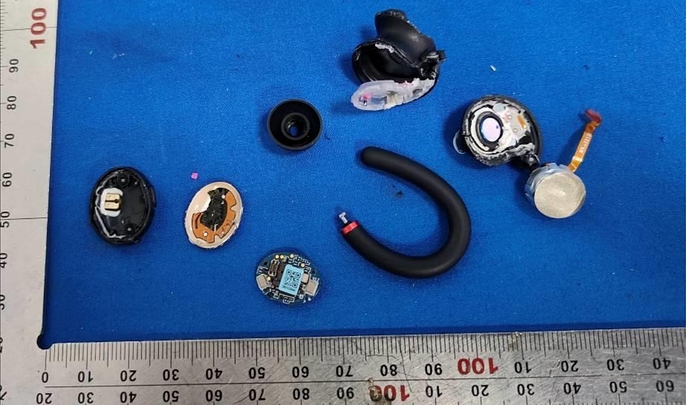