All right, so I have had my pair of Life A2 NCs for a few weeks now and I have had enough time to test all the features properly.

As far as connectivity goes, these have been perfect for me. There has been little lag with videos and movies, so everything feels synchronized. Pairing is quick and simple.

For my taste, these look great. The earbuds have chrome accents at the front and on the touch sensor, allowing them to stand out a bit. The rest of the earbud features a matte black finish. The earbuds do protrude out a bit so they aren’t very discreet but still aren’t an attention magnet. They also are built very well and fell solid in the hand. The case is fully matte and black. It is a bit large, but it’s nothing crazy. I do appreciate the pairing button as it makes it easier than pressing the sensors to pair to a new device. The flap covering the USB-C port is a nice touch. Overall, the case feels good in the hand and decently sturdy.

Battery on the Life A2 NC has been great. They provide in my experience about 6 hours (instead of the 7 advertised, still not bad though). With the case, I got about 28 to 30 hours of playback. Overall, decent battery performance.

The Soundcore App adds a lot of value to this pair of earbuds, and it’s possible to download it on iOS and Android devices. It allows full EQ adjustability: 22 presets and a full graphic EQ. You can also customize a preset to your personal liking. The app also allows you to customize the touch controls (more on this below) and switch between the different ANC and Transparency mode. Firmware updates (you’ll see why this is important soon), user guides and customer support are also present in the app. A widget is also available for your phone’s home screen, but it only allows ANC and Transparency Mode control.

The ANC on these is good. You have 3 modes: Transport, Indoor and Outdoor. On a loud subway, in Transport mode, they did a great job of silencing the low rumble of the engine. Inside my often busy home, the Indoor mode did an okay job of quieting voices. This is probably the weakest of the 3 modes. Outdoor mode performed similarly to Transport mode but let a bit more engine rumble in. If you want the strongest ANC mode, use Transport.

Transparency mode is just okay. It is very natural, but could be louder. I often had to turn down my music to hear cars and voices around me. There is also a vocal transparency mode that concentrates on mid range frequencies such as voices. It is better at letting voices stand out from other ambient sounds, but still could be louder.

Controls were my biggest issue with the Life A2 NC. They worked great, but only allowed for track forward, call answering and play-pause. Bear in mind, you could use the app to customize this, but you never were able to control everything at once. You only got long press and double tap. I sent an email to Soundcore Support who reassured me that a firmware update was coming along with single tap. A week later, they wrote back to me saying that the update was in Beta stage and that if I gave them my earbuds serial number they could send it to me through the Soundcore app. I received it and now have full control over everything such as volume, track control, ANC, Transparency Mode and play-pause. A special thanks to Anny from Soundcore Support for helping me with this issue.

The Life A2 NCs have 6 mics and they work great. My voice never sounded muffled and people on the other end never had any problems hearing me. Furthermore, I could take calls in a noisy subway car and the earbuds did an outstanding job of isolating my speech from the background noise and rumble.

Out of the box, these have the Soundcore Signature EQ preset enabled. This allowed for strong bass. Low end rumble was present and really startled me at first. There was also a bit of a boost in the treble, but not as much as I would have liked as the bass was more powerful. Sadly, the mids were quite recessed in my experience. They were often overwhelmed by the bass and were pushed towards the back of the mix, giving vocals a somewhat dull characteristic. I then went through all the EQ presets and found out that Piano was the one that suited my needs the best. Bass was tight yet still had a good punch to it and never sounded overpowering or lacking. Mids were pushed forward in a way that made me feel that the singer was right in front of me. They were nice and smooth. The treble let me here all the details that I needed to hear, without ever making them harsh or piercing. Overall, a quite smooth sound signature and I didn’t need to customize this preset to make it better.

For 80$ USD, 100$ CAD or 80 Pounds, these are some of the best earbuds you can buy. No other earbud at this price point features this mix of features, performance, battery and customizability . These are a great buy and I recommend them to anyone.

DUE TO DEMAND I HAVE ADDED PICTURES OF THE PRODUCT 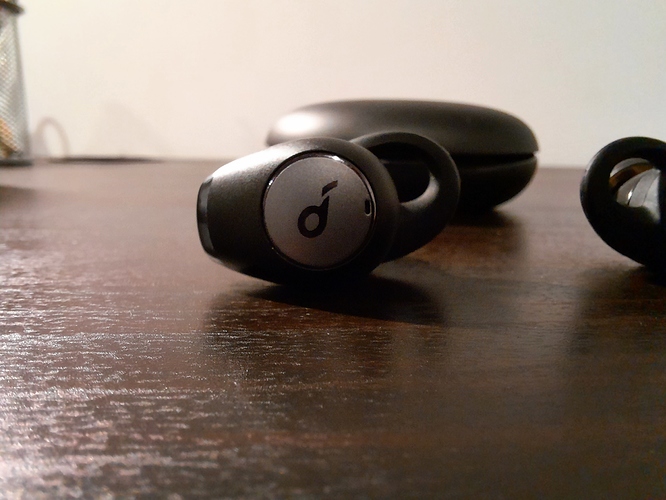 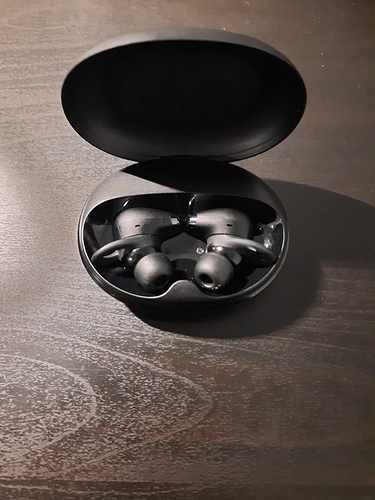 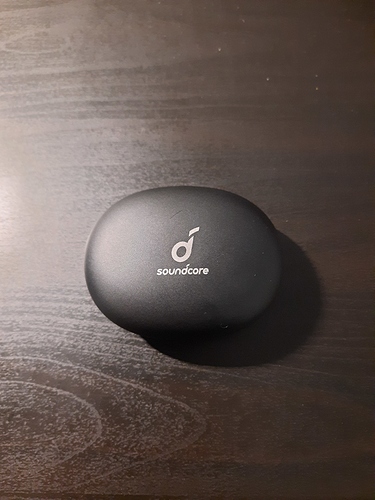 Toss a few photos in and your golden

Transparency mode is just okay. It is very natural, but could be louder. I often had to turn down my music to hear cars and voices around me. There is also a vocal transparency mode that concentrates on mid range frequencies such as voices. It is better at letting voices stand out from other ambient sounds, but still could be louder.

I would say that is the case with Liberty Air 2 Pro as well. With my very short time testing those, I felt Transparency mode was just too weak and felt like I wasn’t even using it. I do listen to music at lower level so was expecting a clear difference

A special thanks to Anny from Soundcore Support for helping me with this issue.

I feel like Anny is everywhere! I have had great experience with support and most of the times it was Anny.

EQ presets and found out that Piano was the one that suited my needs the best.

Lol same here. The LA2P weren’t for me (I gave it to my sibling) but felt like that best suited our tastes as well.

Great review overall! Would’ve loved to see some photos if you can add them

Thanks for your feedback! The LA2P are very similar to the Life A2 NC.

Wow really nice review of the product! Hopefully they will take some of your critiques in mind for future updates. Would love to see some pics if you have any since you mention they look really nice

Pictures have been added, thanks for the feedback!

Photos have been added!

completely forgot these had that ear loop thing. how comfortable is it?

It’s very comfortable. You might have to switch the size of the eartips or the wingtips to suit your ears better. Once I achieved the proper seal, they were comfortable and never fell out of my ears.