There are a couple screenshots from well known show. To you know story behind that colorful shirt?

Tip: Story is a music related. 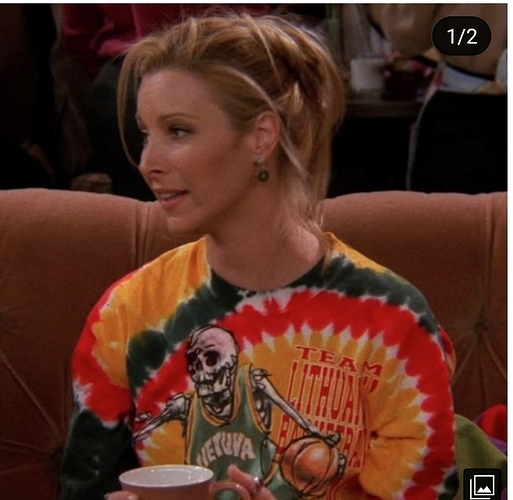 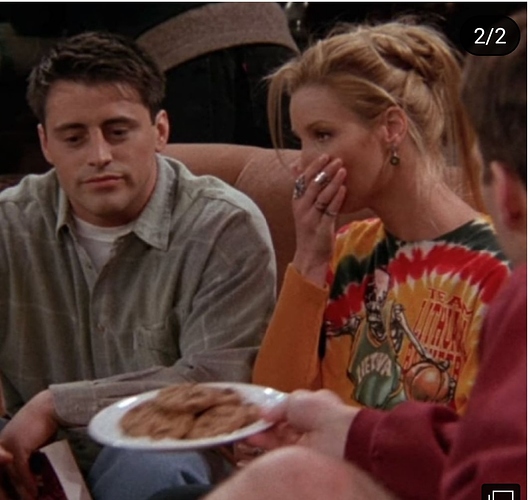 I seem to remember it having something to do with “The Grateful Dead”, but more than that I can’t remember.

Not bad. Will wait for more comments before publishing full story.

I watched Friends quite a bit, but I don’t remember that episode. From the shirt, I’ll guess the Dead as well.

I will drop a hint for all Lithuanian basketball team.

@cazzy66 @Craig_Paterson @Steve976
Here is brief story that stands behind that shirt:

After restoring independence in 1990, Lithuania decided to participate in Barcelona Olymic Ganes as independant country. But there was a problem - Lithuania was in a very hard economical situation because of economical blockade from Russia and had no issuficient funds to send more than a few athletes to Olympics.
One of the best Lithuanian basketball players Sarunas Marciulionis was playing in NBA for Golden State Warriors. So he together with GSW coach assistant Donnie Nelson launched a fundriser. Greatful Dead noticed that and sent cheque together with box of warming up shirt specially designed by Greg Speirs, an artist from New York.
Lithuanian Mens National Team went to Barcelona and won Bronze medals. The fun fact is that the last game for bronze Lithuania played against Russia (well there still were some players from other eespublics from former USSA in that team). It was literally bloody game (see picture of captain team Lithuania).
After winning bronze Lithuanian team decide to go on podium by wearing Greatful Dead shirts. So those shirts became extremely famous.
There are moments from documentary about the story below. Movie is called The Other Dream Team.

More details then I remember lol I knew about the dead fundraising for them and the sale of tee-shirts that match the one worn in the friends episode and most of all I remember that game it was a powerful victory for Lithuania. But the rest of the details I did not know ty for sharing