My Reason for Returning the Liberty Air 2 Pro

I am posting this here in the community to receive feedback and to openly and communally discuss the reasons for my returning in the hopes that Soundcore will address these issues in V3 (presuming that Soundcore will release a v3 of the Liberty Air 3 Pro).

), then that to me IMHO is trash

I have no issue with them per say.

It also could be just the shape of them that has caused some issues and also the shape of each person’s ears.

Thanks for the response

The overall shape wasn’t the issue in this instance

as they weren’t falling out or protruding in any abnormal way (i.e. not seating properly to create a seal). One of the issues is the design choice respective to the ear gel attachment (as well as the size of the ear gel themselves (as I pointed out in my video) compared to the Liberty Air 2 and how it seems to be a step back.

I made the sound testing conditions as neutral as possible (i.e. same phone, same song, same audio player, using the same side earphone, etc.) and ensured that there was no Custom EQ in place either in the Soundcore app nor in the music player itself along with no Ear-ID customization for either model earphone.

I do have the LA2 I got as a gift from Anker , don’t have the LA2P. I am more intriqued with the physics and electronics and enjoy looking at the teardowns.

While I dont have the LA2P I do have sympathy for your reasons of the size. At the time of their release they did pack a lot of features, and if I look at teardowns of products released later, there is scope to make a thinner version. Look at say the P3 or the P2i. The P2i is a short stem so imagine how thin they could make a product if the stem was longer.

I mean look at this: 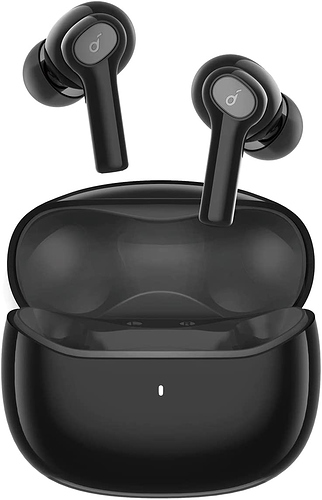 and then imagine if the stem was as long as the LA2. 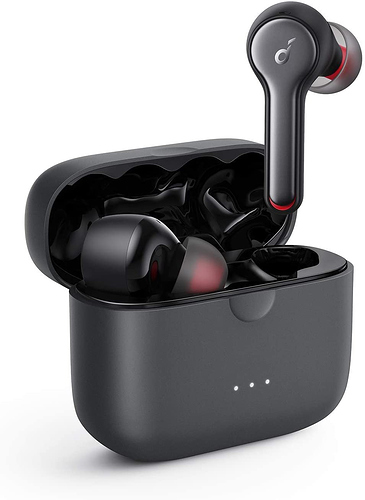 That would allow the stem or the head (in the ear) to become thinner.

If you look at say the A2 NC+ which has no stem, imagine if a stem was added, all the electronics move into a thin stem. 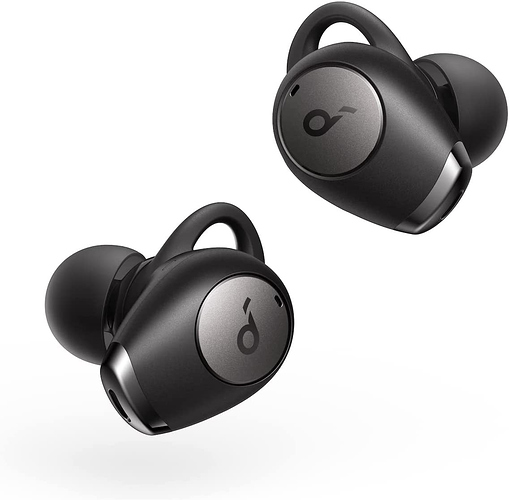 So yes I think its possible and if you want it then asking is the right thing to do.

Arguably we’re approaching performance limits and feature saturation, in that it would be difficult to make better sounding products, and difficult to think of more functions (already having BT 5.2, LDAC, ANC, ambient) so the evolution of products is forced towards becoming smaller and improving ANC and ambient performance. The latter is only needing faster electronics, and faster electronics are smaller (smaller is how they become faster).

So not only do I think what you ask for is viable, it will be necessary to keep and grow market share.

Just for clarification, my issues aren’t so much about the overall size of the earphones themselves (I even stated that I prefer stem-style earphones for the ability to pick up voice sounds better from the microphones on the ends) - but the size of the stem that contains the ear gel attachment point and sound driver is one of my issues. (the Liberty Air 2 Pro is in white, the Liberty Air 2 is in black) 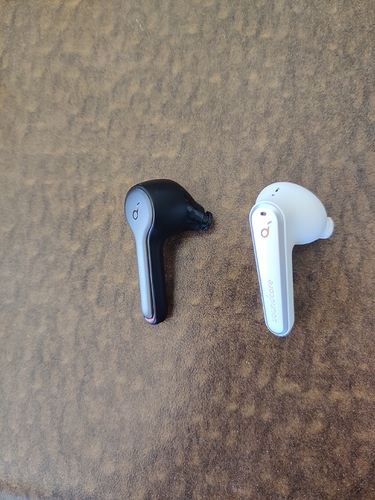 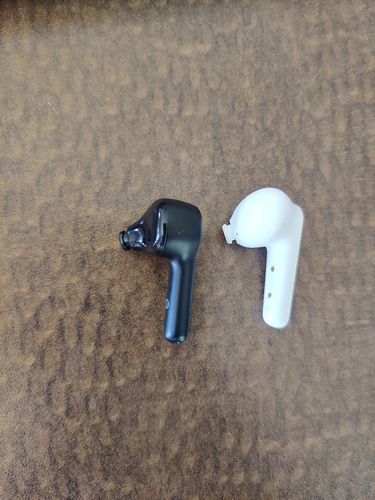 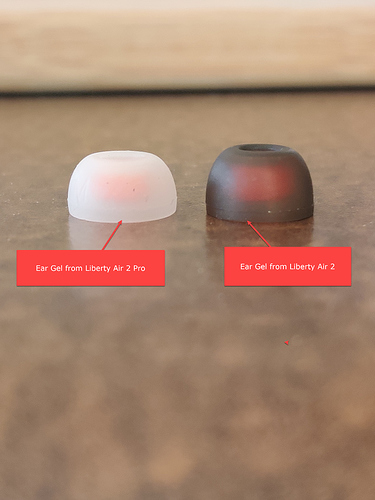 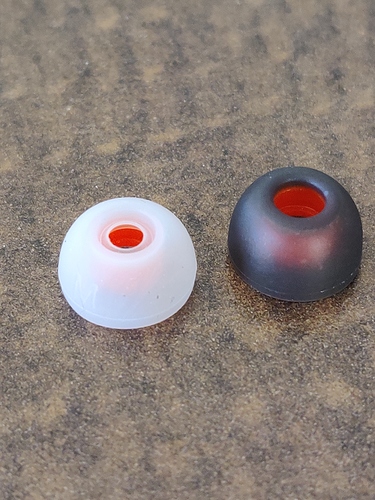 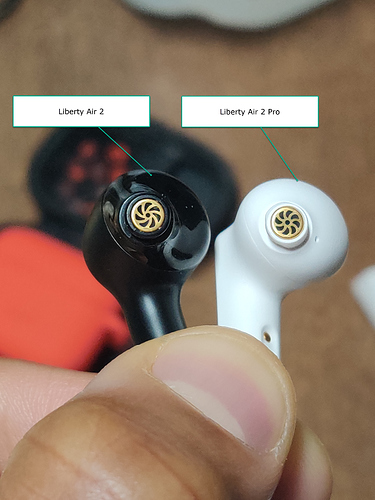 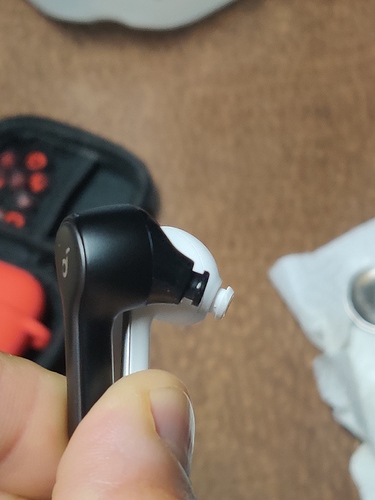 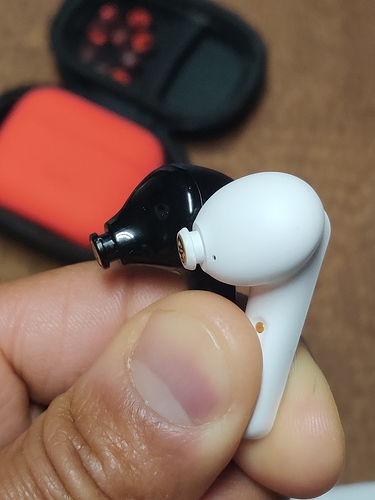 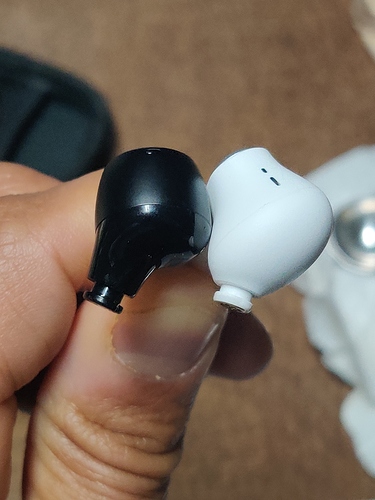 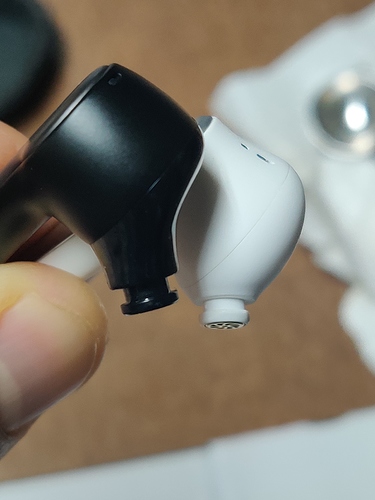 While the shape of the earphone for the LA2P may seem to fill the ear opening more than the LA2, the sacrifice in said design (for the LA2P) resulted in the issue that I have with the ear gel stem being shallower in length and smaller in circumference compared to the LA2.

I can appreciate both non-stem style and stem-style earphones (I even have the Liberty 2 Pro (as pointed out in the video) and am thinking about pulling the trigger on the Liberty 3 Pro) and know that there are pros and cons to both form-factors, but styling aside, performance, functionality, controls, etc. should not take a step back in an updated design (since some of those factors are firmware-based and not strictly contingent upon form-factor).

The LA2P has the ANC internal mic to fit the LA2 doesn’t have (I think) . Can’t tell the LA2 driver size but it may be smaller.

I don’t in general watch videos as they are considerably slower to absorb information than text. Text is also faster to produce, but that’s just me.

Did you look at the Life P3?

From a noise cancelation perspective (both with phone calls and environmentally) - the Liberty Air 2 Pro may have an edge over the Liberty Air 2 (I didn’t have the opportunity to test with a sample call to assess the ANC performance).

I have not looked at the Life P3 with any seriousness given that I already own the Liberty Air 2 as well as the Liberty 2 Pro and figured that since those are great performing earphones (from an overall perspective), then the Liberty Air 2 Pro should have retained the performance of the Liberty Air 2 and enhanced them by the addition of ANC and slightly better-tuned drivers (as I pointed on in my video

Without a chance to view the P3 Life up close (to assess the design), I can’t say that I am willing to give them a try (given what I already own from Soundcore (including speakers)).

There’s a (mostly software) noise cancelling of what sound the mic external picks up which it filters other than your voice for the receiving party in a call. The LA2 has this.

There’s a (mostly hardware) noise cancelling where a microphone in the ear canal and an external mic infer what outside sound gets in an cancels it so impacts what you hear. That’s what the LA2P has.

So the LA2P has more hardware within, explains some of the chunkiness.

But since the LA2P came out, electronics have shrunk so I think a slimmer version is highly viable.

Asking for it is absolutely the right thing to do so it floats higher in the engineering priority.