I like this, especially because we offer big rewards for things that aren’t immediately obvious, so it’s really important we capture people’s attention with the benefit of being here early on. For me “Notes” are the biggest selling point, because we’re basically giving you cash for certain actions and this can be traded for something real and physical, not just a giveaway opportunity.

I say moderators to be:

Perfect, That’s the reason I nominate you @Tank for having a better understanding of what is needed to be a mod.

@Loz how come you are not taking National Holiday this week and working?

Completely agree with you on those points. The bug portion is a big part of it in my opinion as well as the navigation. Whenever I have been looking at the “leveling up” numbers, I always have to search for it and see the post Loz made weeks back. Structurally the site is good, but having multiple people as references this past month tell me that although they see the highlight sections, there are still some things that they were confused on. Specifically how to earn points/notes, levels, how to contact anyone, how to change certain features like following people and seeing each post, as well as who is moderating. I had to go through and explain each portion while looking them up myself.

Moderators will be here almost daily, obviously in their own “shift time” so that there is 24 hours coverage if needed, so they will become well versed on everything here and can make those suggestions instead of someone opening a thread and it getting some feedback only.

I had fun the first week finding random sections that should have been deleted and letting them know, because it was like a scavenger hunt. I know a lot of those listed are here daily/hourly so it will be a huge win for everyone once they are set.

LOL… true, we go crazy some times and ***off newbies

There are differences, obviously. Notes are worth more than Bucks, although much harder to get. There is more of an emphasis on sound here. You have the gallery, no powerdraw, etc. Somewhat different ways to earn points, etc. More emphasis on referrals (which I don’t do, so basically not a factor for me).

But those highlight the similarities more than anything. A dual points / other system - and Anker has changed those several times, and I expect the same to answer here. The software is the same, and that drives all sorts of similar pieces. (Powerdraw and referrals look like tweaks of each other, even though different) An emphasis on reviews and spreading the word about the products. Everyone driven by some combination of community interest and the desire / competition to get some free stuff.

The biggest and most obvious similarity is that it is the same people on both sites, talking about very similar sorts of things. Not 100%, but if you tracked most active users on both sites it would be way over 50% overlap. My primary action here involves communicating in the forums. Since those look the same and have the same people, my perception is that the effect is more similar than different.

The biggest and most obvious similarity is that it is the same people on both sites,

Here on soundcore, the staff is friendly and understanding. They love suggestions, and appreciate all the posts and feedback they get. They appreciate when people put together lists of feedback. They actually care about every member here, and treat everyone kindly.

@Tank updated the main post hitting on some of the key points you noted.

We’ll see how that develops. As long as the two communities share a product test area, everyone will know about both, and active people will probably still be on both.

Caring about community feedback is an area I’ll withhold judgement on for a bit. A lot of things start well, carrying through is harder.

In fairness, that was not always the case both when it started and even to an extent now…

As the community has grown unfortunately the admin team has not, plus they are also split between other tasks which do not revolve solely around the community…so over time the hands on customer service / quality approach we have seen here has diminished & taken a hit…it’s the nature of the beast in that sort of situation…

With all the “new” referrals we are all technically just numbers. Although I’ve yet to see a mass influx of active new members

Oh, now you complain about the parent forum?

As the community has grown unfortunately the admin team has not, plus they are also split between other tasks which do not revolve solely around the community…so over time the hands on customer service / quality approach we have seen here has diminished & taken a hit…it’s the nature of the beast in that sort of situation…

I agree with you on this…

Oh, now you complain about the parent forum

Nothing new, I’ve been saying it’s a problem for months

For now, Soundcore Collective is super responsive considering the user count is only 2620, which is growing as I type, and sure to have at least 24K or even more users by end of Sep 2020 (going by numbers)

if questions / concerns / requests are not answered in a timely manner, it wont take much for this to be similar to the other community.

Tbh this community isn’t that much less active then anker. The soundcore team is still more than responsive, with wiggle room for more growth.

Partly because the activity all moved over here temporarily. Anker forum has been dead the last month.

Looks like the community is having it’s first ‘kinda’ spam hit, post from Loz has hit 100+ in less than 10 minutes, plus the site seems sluggish…

I’m getting a server error 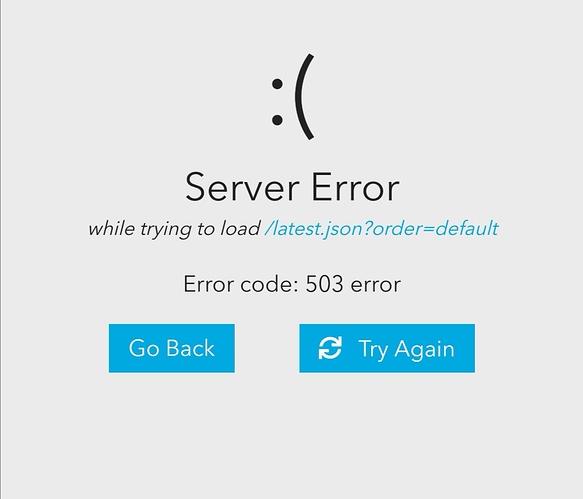 Can’t say I’m surprise the following thread is being flooded. PM’s @Loz to see if this is/was expected or a spam hit…

We’ve teamed up with one of the world’s largest tech and audiophile YouTubers, Linus Tech Tips, to give away 10 limited edition Liberty 2 Pro! To enter: Leave a comment below. Share this page via the Facebook or Twitter social media buttons below. Rules: Worldwide competition. Winners will be randomly selected on October 31st. Winners will be announced in this article and they will also be messaged directly. Prizes will be sent out November 1st. Soundcore reserves the right of final explan…