How many of you are patrons of the pew pew? I mean, video game fans?

I know I am, and I promise to stop referring to video games as “the pew pew” if you can help me out with a few things I’ve been wondering about.

For those of you who are gamers, any plans to get a PS5 or new Xbox? Or have you, like me, drifted away a bit from console gaming over the years and have begun doing more gaming on PC?

Regardless, it’s apparent that the new consoles are shipping with a slew of exciting new features, from advanced graphics processing to highly-accurate tactile and haptic feedback embedded into the controllers. 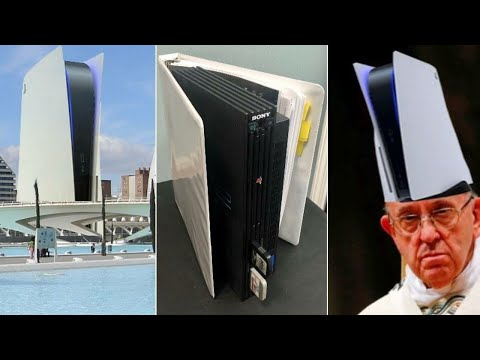 Not to mention an iconic new design.

But with all the fuss over these new features, sometimes audio gets left out of the conversation, even though it is a crucial part of gaming. Audio immerses you in the game world, while the use of music can help build tension or even stir emotion in some games.

Audio is a critical part of game design. For example, did you know that even though the creators of Pong were working with primitive hardware, they knew they needed to include three different sounds. Essentially these were just differently-pitched beeps, but they were important as sensory confirmation to players that the “ball” had bounced off the wall, the other player’s paddle, or that a point had been scored. 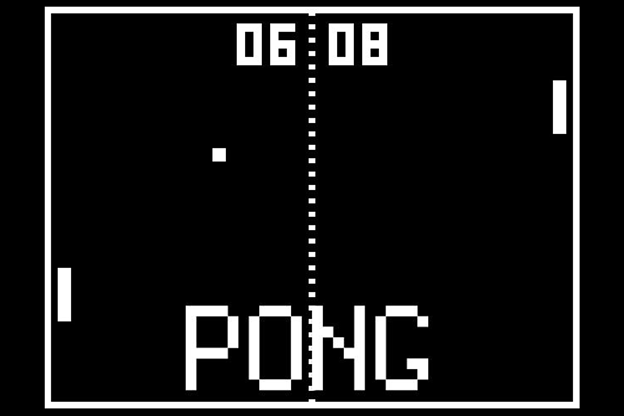 Of course, those who have been playing games since the days of Mario and Sonic are guaranteed to retain everlasting memories of some of the tracks in those games. Composed in .midi format using only four layers of audio, they were nevertheless precisely crafted to capture the imagination and evoke a theme. They also managed to be catchy without becoming annoying; even after hours of repetition.

As a gamer myself for the last 45 years when I started on a radio shack pong game system (that I still have and just found out that there is a coaxial cable connector for it), I do have some plans to get a ps5 or newest X"box" but tend not to buy the system when it first comes out due to some issues that other systems had when they first came out (overheating xbox fans for an example).

We have branched out to pc games as well (more of my kids than myself).

I personally love my PS VR system not just for games like Beat Saber, Rush to Blood as well as others but also for using the VR to play regular games or movies. The screen setting of large is like playing a COD game on a movie screen. (PLUS you can get on the web and view soundcore community as well.

I have used the Strike one for gaming as well as work stuff but had to do a fix on the head band with some tape.

Hmm… this was the last game I played.

Great : There is a store at the right and I am in front of the owner.

But do I need sound? 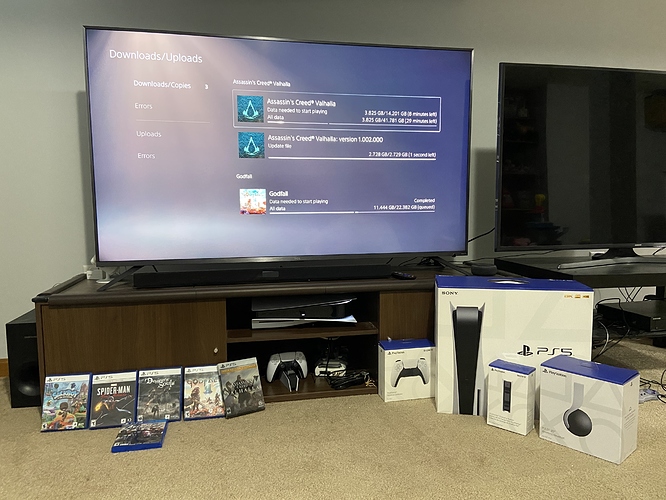 Oh man that’s quite a setup. No consoles here and haven’t had a decent PC/laptop that can run games well so can’t play games the way I would like. Some day maybe

You will have to let me know on the ps5 plays.

With vacation in a,week and getting the oculus quest 2 256 gb for one of the kids and expensive lego for the other child, my seemed to have to wait a bit. lol. I saw something pretty cool though with the latest update… The ps4 has a remote access to the ps5 now .

I have heard that the way the ps5 setup their hard drives, it may changes the way laptops are built.

I enjoy my strike 3s, but only as a conference call headset so far.

Most gaming is in an Xbox one s. Easier and cheaper than a gaming rig, and good enough for my needs.

Not to mention an iconic new design.

I know it is not for xbox one but have you tried it. I was able to get some turtle beach p11 for ps3 to work on ps4.

Wonder if is the USB that is the issue and not pulling enough power or what. I kinda wondered about hooking it to an Anker charger and see if would work that way (although I only have strike 1 right now)

To my knowledge, it is just a USB connection so it might work , but I don’t sit close enough to my console to plug it in.

1.At the rate of how fast tech is evolving I think VR gaming will be obsolete in a few years and would be replaced by something greater like AR glasses that can become VR in an instant kind of like turning a mobile device into a pair of glasses
I believe console gaming will become obsolete as well and eventually getting taken over bay pc gaming and mobile gaming.
2. I don’t really have a gaming setup because I don’t play any video games but the closest thing I have to my gaming setup is my workbench it has two monitors connect to my raspberry pi 4 which I use as a desktop at the moment and I haven’t tried out any of the strike headphones yet.
3.I don’t realy have one

Ooh. I played angband more recently than that. Still developed, still a great game. Low demands on the graphics card. And not much need for headphones.

@Duane_Lester the strike 3 does not work on the Xbox. Just doesn’t even recognize it as being plugged in. Maybe a driver issue, I just know it did not work.