I’ve just gotten my new Life Q30 headphones but the Soundcore app cannot find my device. Am I missing a step somewhere?

Device is paired to my phone and working fine, but without the app I won’t be able to adjust the EQ settings.

I don’t have the Q30 but I do have the app and I see it in the list. From main screen, I clicked on top left , Then the headphones Then life Then it’s there at the top. 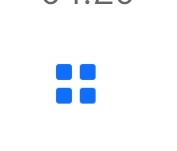 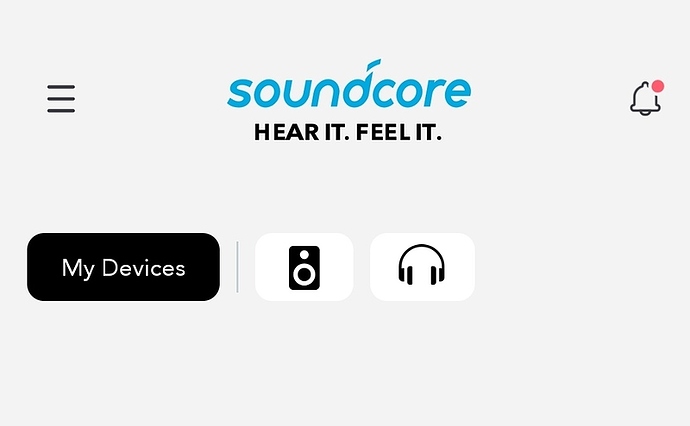 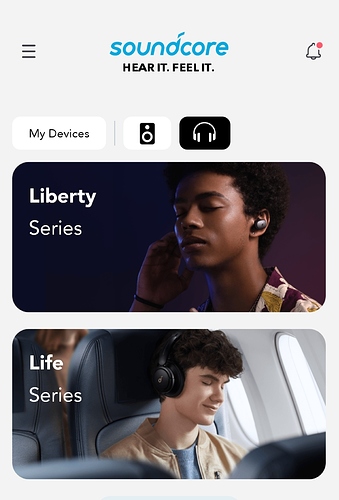 Then it’s right there

Thank you. I followed those steps.

Any idea why the EQ settings link isn’t available directly from the My Devices list? Why would they design this so you have to look up your model every time?

Give it a kick.

Then go in via the app and have it pair.

What’s the difference between the q30 and life tune?

I don’t know personally. An expert will be here along shortly to answer.

Noob here, so I hope I’m in the right place? (I really hate being humbled by this stuff!)

I received my Life Q30’s in early November, 2020. Had one hell of a time finding the App. My Q30’s work great however I have NEVER gotten them to connect with the App?! I figured that I’d come back later for an updated version of the App, but I can’t even find where to acquire the damned App now?! I feel so stupid!

Oh Professor, please HELP me? With the APP that I have, I can go through all of the screens that you show AND I can select the Life Q30’s, but all the App does is sit there spinning away, but dumb as dirt? It never finds or connects with the hardware? Please, can you or anyone shed some light for me?

Thank you for your time and consideration…

App is your mobile app store. 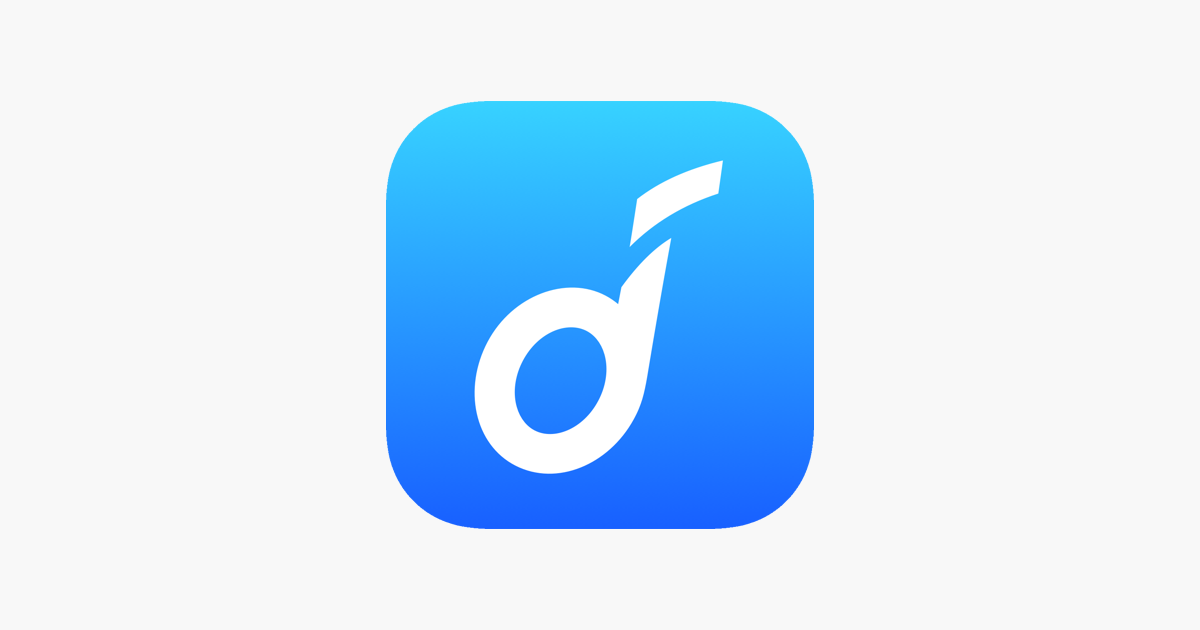 From there follow the above steps to type to product.

I don’t own Apple but on Android it takes a few goes to connect I have to close the app and try again.

The apps should auto update themselves via background processes on the mobile device. Firmware updates get notified in the app.

Hey… Thanks so much for your help. Upon reading your experience, I think I’ll keep playing with the APP, as you did. I have the Life Q30’s on a “Chromebook,”(Android). Yesterday I Uninstalled the APP, rebooted, re-installed the APP and then Started/Opened the APP and it behaved differently this time? It gave me reason for hope… alas, still wouldn’t recognize my Q30s’?!

Question to you “Professor:” When clicking on the Q30 tab is where I get hung up. The screen says that its searching… and never gets past that point? I’ve done that with my Q30’s ON, ON & Paired, ON & Searching to Pair and Off. I don’t know what Mode it wants my Q30s’ to be in, in order to be recognized?

I’ll keep trying and let you know my status, if & when it changes.

Thanks for your time and consideration.

You’re using Android on a Chromebook?

I doubt that will work (good luck) as Linux is controling the Bluetooth and Android is emulator on top. May work…

Much more likely to work is use app on a real Android or iOS and settings there, then connect from Chromebook and it should keep the settings.

LINUX and Bluetooth is always more than a misery, better I would say mystery.
But it works, if you pray a lot and have the skills to get into some weird code and do do some “corrections” .

Well that’s not the answer I was hoping to hear… So these mutant OS’s are not truly melded yet, huh? Boy, they sure want you to think so. ARGH!

Now, coming from a point of ignorance, I don’t know if this makes a difference or not, but I have NOT turned ON the option for LINUX yet?

Yea, I needed something quick and cheap for a “ZOOM” session with Doctors and my Windows 7 & 10 machines have a nasty Virus, (thanks to Bill’s forced auto updates). Hope he gets the China Virus! Kinda Tit for Tat, right? (kidding…a little.) Oops! I digress. Sorry.

I needed HELP, I asked for HELP, you gave me HELP! Thank You All so much. Your helping me to renew my faith in human kind here and it feels so good, with the state of things in U.S.A. right now! I needed that HELP too.

I’ll go bang my head for a while. Keep Smiling… Later!

Chromebook run ChromeOS which is Linux, heavily tuned. It has an Android emulator. The connection to Bluetooth is handled by ChromeOS not Android.

The Soundcore app might work, if ChromeOS has been modified to let Soundcore app talk directly. But as soon as you said Chromebook I thought I’d warn you might never work.

No don’t fiddle with Linux, that’s just a non-tuned Linux running in parallel.

You might get lucky, make sure you connect once the Q30 icon is central

Workaround is extremely simple, just control from your phone and use on your Chromebook as a regular BT device. I do that, my laptop is Linux and is control the Q30 from my phone. Simple.

You’d use the Chromebook normal settings, Bluetooth and just connect as per any BT device. The app, if it works, is for other features.

Nah… it’s even worse than that, for me. I don’t have an Android phone nor an iOS phone. Now this is by design though, that I have shot myself in the foot here. I have refused to get a “Smart Phone” of any kind. You see, when I was younger we used to worry IF some one might be bugging our phones. Today Younger people and Adults will run out to spend $1,000.00 on something that they already know is not only listening to everything they do, say even video them at any time… and they’re excited to do it?! Boy, not me! this crap going on today freaks me the heck out, Big Time! So, my compromise was this “Chromebook” as I was told that it could run any “Android” APP’s?!

Well, education never ends, does it. Yea, I use an old “Flip Phone.” Before GPS, etc., to avoid having to carry one of those Trackers! They are the Evil Spawn of Big Brother . I’ve just never run into problems, such as this before. Always figured a way through, without needing to have one… until now. POOP!

So sorry for the book! Thank you so much! imagine how long that would have taken me to figure out on my own? I wouldn’t have any hair left. Well God’s putting a bunch of Gold Stars in your Book, up there for finding pity on me. lol

Thank you so much for your help. Nah, I’m not going to be doing any coding in Linux. I was one of those that had to stick with DOS & Windows. That’s how I made my living, or believe me I would have made the switch. I hate Bill and for so many reasons too. Windows 95 was proof that he was Evil!

Have ever read about someone talking about an android emulator on a pc. I am not sure how far they have came with that or if they have a stable emulator of it.

Im having the same issue. I can listen to music on the headphones and they paired fine but the app will not recognize the headphones. Using OnePlus 6T

It’s down to devices and the underlying hardware presentation to the VM. You could probably run Linux, Virtualbox, Android but it would probably be x86 not Arm and I doubt would be supported platform for the app.

I could probably solve this but not worthwhile, get an old Android phones or tablet, no need for a Sim, just setup, installation of app, use it as required to configure the headphones , firmware upgrade, and otherwise just use as a normal BT device from anything. That should work and meet the goals of the OP as the phone isn’t being used for other than for the app.

There may also be a way on ChromeOS but would need to dig deep. You’d need to search for present BT device to Android under ChromeOS.

I agree. When I saw the article, I think it was in the early stages and don’t know how long ago it was.