As the quote state from Hamlet “ To be, or not to be? That is the question. It is a basic question in the play about whether to live or die.

For the soundcore Q35 it comes down to whether it is nobler to buy the Q35 or suffer the slings of an outrageous fortune and stay with the Q30.
This is the real question.

This is basically a question that only can be answered by yourself as what I may need for a headset is different than what what you may want in a headset. So I will concentrate mostly on the review of the Q35 but will reference some info the Q30 from time to time. 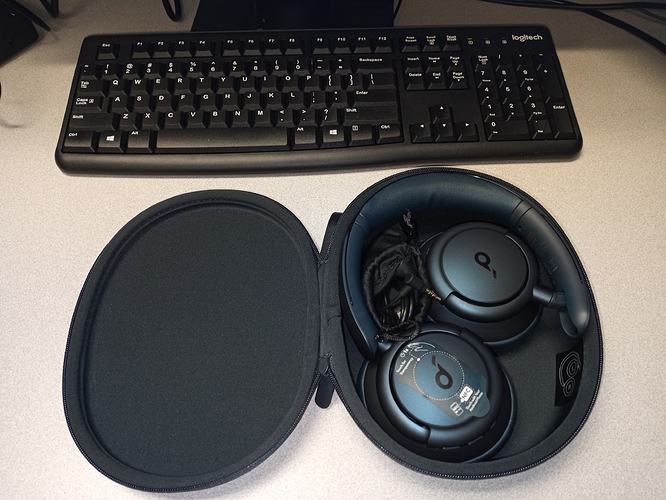 Design
The basic design of the Q35 is almost identical to the Q30 in shape, material and ear cup quality. The Q35 does have a soft material outside case. Although the material is nicer than the Q30, I also find that the Q30 case to be less of a debris collector due to the more course material.

The Q35 does have a nicer finish that than the Q30. I really like this reflective color and it reminds me of a color similar to a June bug (see below). 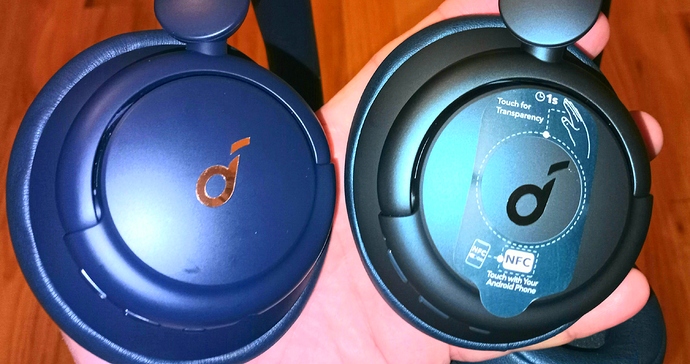 One upgrade for the Q35 is there are a few extra mic for call. Although I do not tend to use headphones, I have not had any issue with using the headphones and mic quality. Another upgrade is the inclusion of a mic with the aux cable that is included. 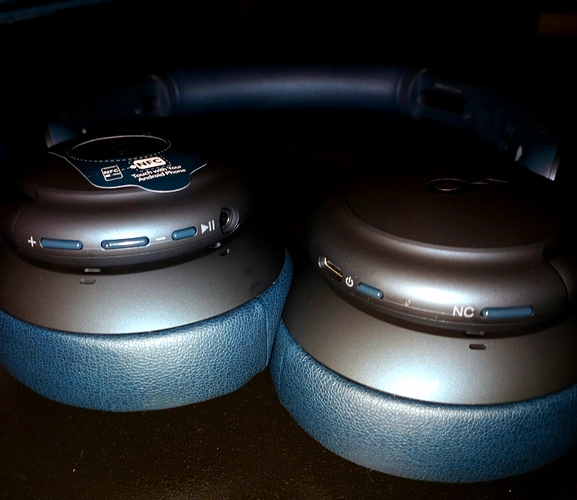 With the case I do like the sweet touch of an imprint instructions of how the headset sits in the case aside from a tab that has the same info. 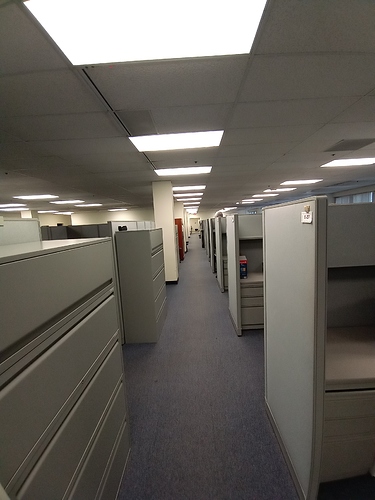 This was an interesting test for me this time. Why was it interesting? It was interesting in that I was picking them up before I was doing the test. Basically I was down this hallway (see above) and accessed my device while my headset sat in its case while it was also sitting in a backpack. This distance is about 180 give or take and there still was a connection. I did find that a distance of less than 150 made the headset connection less choppy. I think I got it stretched out to about 100 to 120 feet.

NFC
Both headsets have the NFC which seems to work pretty well. I think that both should have an indicator to help remind user of which side has the NFC because as time goes, you may end up not remembering. So I was thinking maybe a dot to where to tap the phone or a NFC symbol. It would make getting the tap more easier and consistent.

LDAC
LDAC is an audio codex made by Sony. It delivers 3 x the signal wirelessly.

To help determine if you device has LDAC, I did this thread to try to help:

Does your phone have the LDAC for your soundcore Q35? TECH

I got my Q35 yesterday evening but have not had time to check them out as I spent 3 + hours talking to my father after I got home. As I got to use the Q35 a little at work but before some meetings this morning. I kept thinking of one question that kept popping into my head. "Does my phone have LDAC or not? It was my number one question as I can not truly test the Hi Res if i do not know if my current device or devices are able to handle the LDAC. As I did a deep dive into my settings, I wa…

With LDAC it seems that you can turn that on or off from the cog of your BT connection.

SO the big question is how is LDAC? I think from a few things that I listened too that I was listening to it in LDAC codex.

The sound is pretty clear and vibrant. I did try to compare the q30 and q35 on this and there was a difference. I think one played and was switched, it increased the volume as the other played at that same level.

Autopause
With the Q35 came the ability to autopause when you took off your headset. For the most part the autopause worked fine. There was a couple of times where it may have not triggered but overall it was nice that they were able incorporate that into the headset.

I will say that I did encounter an issue with the autopause, the apps white noise function and LUM functionality.

I was able to trigger LUM music while listening to white noise and doing the auto pause.

I will say that I think the ANC in both heasets work great but may not be as good as higher priced. With that said, I believe that they are sufficient to meet most peoples need.

I recently lost power to my house for a few days and had to run a generator to keep food cold. Late at night I had to go out and turn the generator off. I have a small video of me late at night talking about how loud it was and that for the most part, I was only hearing a muffled sound due to how close I was to it.

I will note that you will not be able to understand a word that I was saying as it was too loud.

So please enjoy my 1/2 awake video

I will say that I do like the Q35 more for the headset color and the LDAC. It does have the extra mic and a mic cable. It also has the autopause functionality. I think if I had to pick, I would go with the Q35.

I also like the Q30 as they are also a fine headset but lacks a few extra functionalities improvements. So what it always come down to is what is most important to end user. 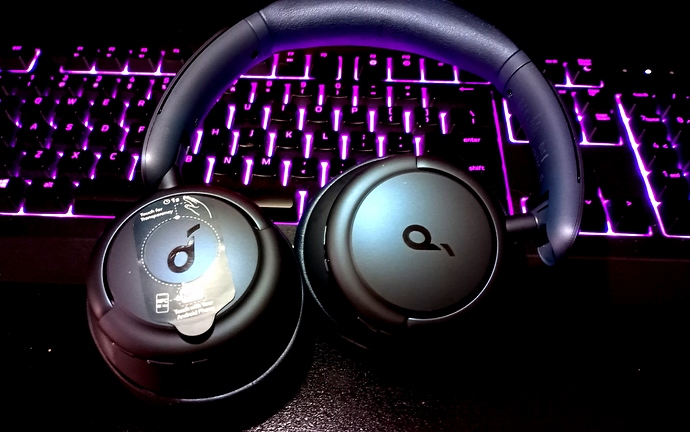 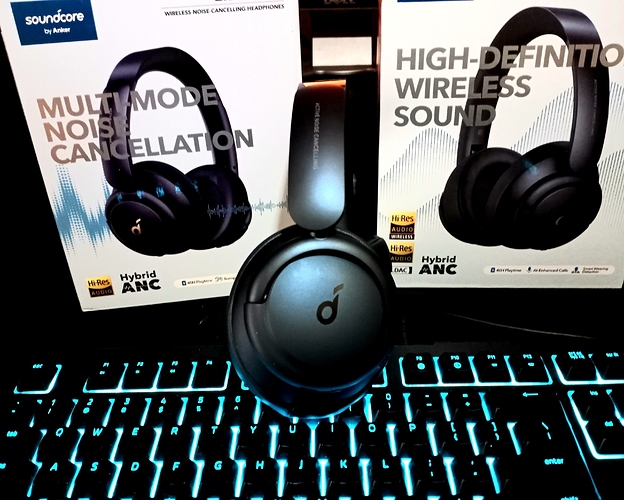 I would love to see this functionality added to the q35 /q30s that came from the life NC app functionality. It gave an option to select which two:
C$

Will leave you with another Shakespeare quote;

All the world’s a stage,
And all the headphones are merely players;
They have their exits and their entrances,
And one man in his time plays many parts

Thank you very much for your in depth and honest review of the Q35.

So far I can also say that I´m very satisfied with the Q35s.

With LDAC combined with FLAC or Deezer Hifi (lossless compression) you really can hear the difference, the sound stage is much broader and clearer.

It’s hard to justify the big price difference atm. Personally I’d like the Q35 but I’ll wait for an eventual sale. I’m not in a big hurry. On top of that waiting a little while gives them a chance to work out any kinks you normally have with new products.

With the biggest difference being the LDAC it makes it a little harder to potenially do.

Great review! That generator sure sounded pretty loud and if you only heard muffled sound, that ANC sure did a great job!

The question of whether it is worth the price is always subjective. The Q35s are very nice, a step over the Q30s which are also nice, but don’t make a leap into top tier noise cancelling territory for me. And I hear that there are better noise cancelling headsets than the ones I have as well. Most don’t need that perfection in cancelling.

Value is unique but is not fully subjective.

If you pass both then for you there are objective benefits.

Also over time, as the absolute cost difference narrows, the argument will pivot to the Q35.

If value is unique, it is subject to the interpretation of each unique person. Subjective.

You might be one of the people for whom that thicker cushion or mic on aux cable is worth more. I have LDAC support, and I can’t hear a difference.

If your assessment is that you need some subset of those features such that the Q30 is not an option, then the question becomes how low of a price do you need to see before buying. Also subject to individual interpretation.

If your assessment is that you need some subset of those features such that the Q30 is not an option, then the question becomes how low of a price do you need to see before buying.

I’d like to see them at $99.99. I’d probably grab them if I saw them on sale at that price. Maybe that’s just wishful thinking.

I think so too. That doesn’t seem to be out of the question at all.

We can be happy for that, because due to the fact that they are Q35, the price of Q30 is very good

If you want a lower price you just have to wait, for marketing to move onto the next product, for consumers then to be less controlled,and for price to then approach nearer costs.

Just remember, around the same time the price drops, the next product is soon to be out, so the consumer who can’t control their wants are always frustrated.

I am patient when it comes to shopping, but in other things, unfortunately not. 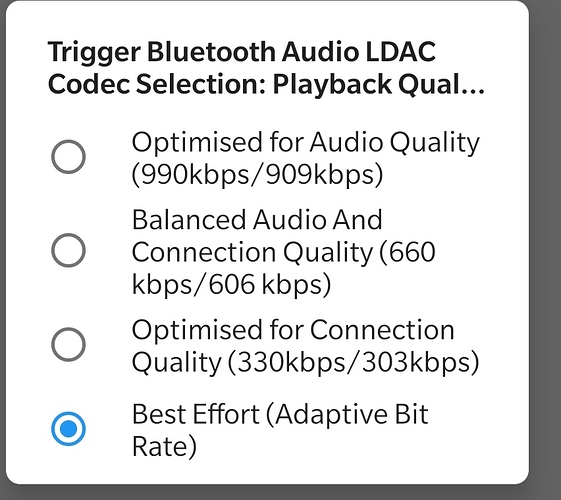 I’d be curious of Q35 owners if they change from auto negotiated bitrate, to fix it to the 990kbps what it does to battery life or distance, in theory should drop out nearer.

I can’t test on Q35, but I can get a hint at the underlying bluetooth technology with a non-Soundcore Sony headphones. I didn’t realised I could do LDAC til I noticed it on my phone screen with Sony.