This was a giveaway prize but it ended up breaking earlier on. The breakage may have been due to a design flaw in the headband /sliding arm area. I think band was too rounded and it put a little undo pressure on the arms when they was slid out. (Seen other brands with similar shapes and they had similar issues as well)

I had kept them and did a fix but after a bit the other earcup sliding band broke as well when my son was using them. With one earcup just hanging, I had two options: Throw them away try to fix.

With the current design I would not be Macgyver but that was not an option. So I decided to just cut off the one earcup and it is what I did.

Before I threw the earcup away, I decided to do a little breakdown to see what it looked like inside.

To be honest the breakdown was real easy as compared to say Beats.

I cut the cable right above the control and everything else seemed to be working with no issue. 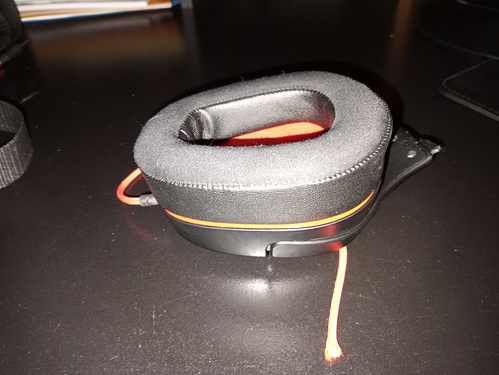 The ear cup was easy to take off as you just had to slide it from the grooves (no glue). There is 4 screws to take out. 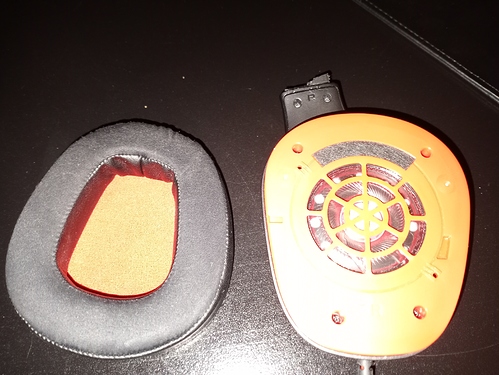 After you take off the screws, you can take the red cover off and see a domed area with 3 screws on it (This was also the hardest to take apart as it is also glued. After taking these screws out and trying to scrap the glue, I saw six notches (see near the upper screw) and was able to use these point to pry open the glued domed pretty easily. 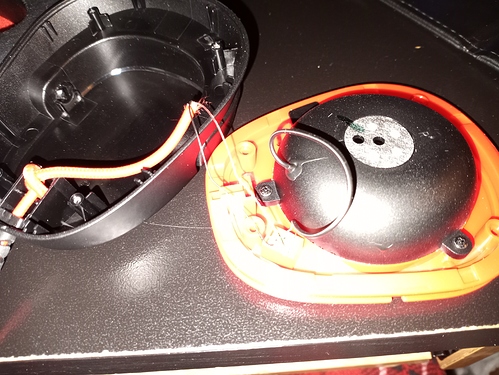 Opening the dome exposed the speaker 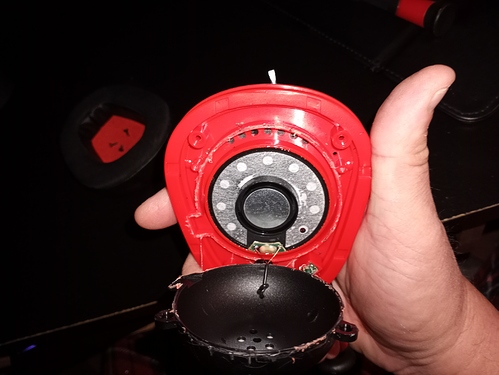 So basically I just made it into a mono heaset now.

Good tinkering.
I like to see those works.
But we, who are doing those works are a tiny minority.
The majority will put all in the garbage.

And this pile of electronic garbage is growing world wide!
What a shame.

I was thinking about dremeling part of the area of the earcup connector area to see if I could fit the sliding arm into a self made groove but it was not going to work as those screws are angled.

I had to let the cut earcup parts go as wife states I have enough pc parts sitting around (which she is correct a few older pc, some different parts from Nintendo 3 ds). I do have a hodgepodge of parts behind my pc desk. I do wish I had kept the older laptop.

Well done. Thanks for sharing.

I do wish I had kept the older laptop.

I always keep those.
LINUX works with older machines perfectly.
I was donated an old lenovo by my doc.
Now with 8GB memory its fine, not the fastest, but of course usable.
That’s LINUX!
Old engineers like old hardware and know how to keep it running!

Interesting to see. Thanks for sharing.