Coast to Coast: Round 1 Results 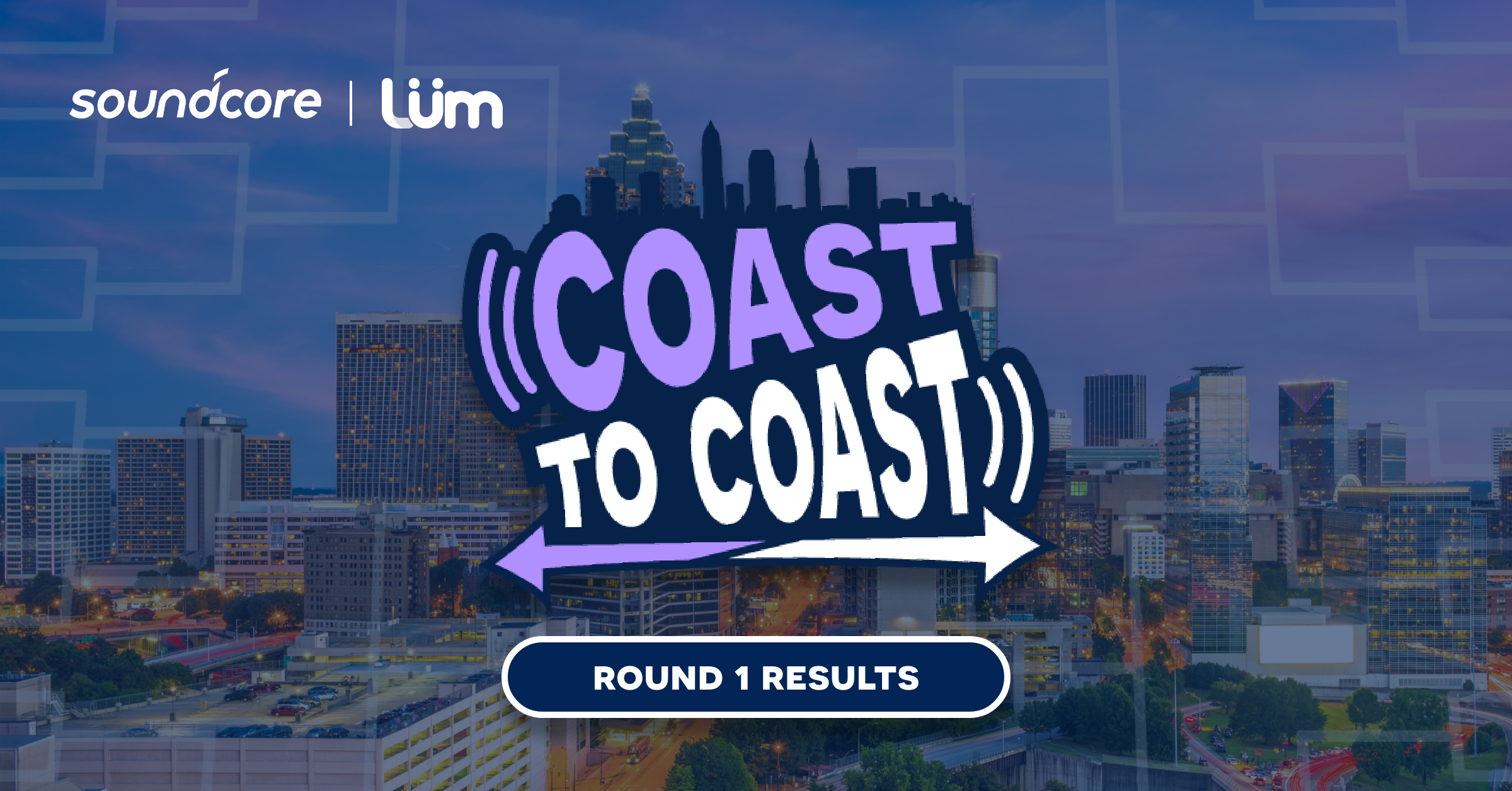 In total, 40,000+ total votes were cast during the 48-hour voting period! What a turnout! Thanks to everyone who voted and kudos to all the participating teams for getting creative and working together.

While it’s unfortunate that not all of these talented teams can advance, in the end, only one can remain and claim the title of Coast to Coast champion and take home the $25K grand prize.

So, let’s break it down. Who won, which cities are advancing, how close were some of the matchups, and what can we look forward to during Round 2? 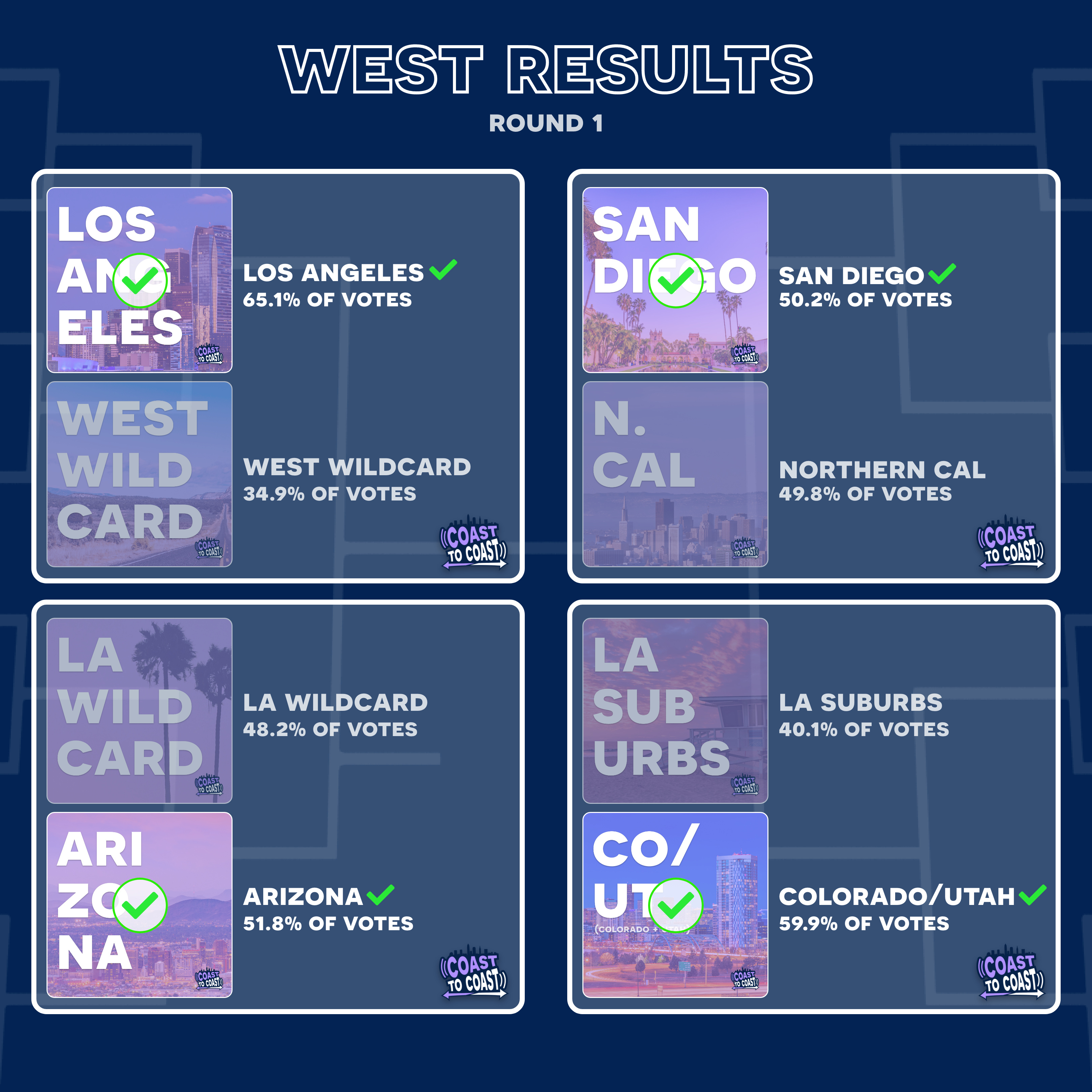 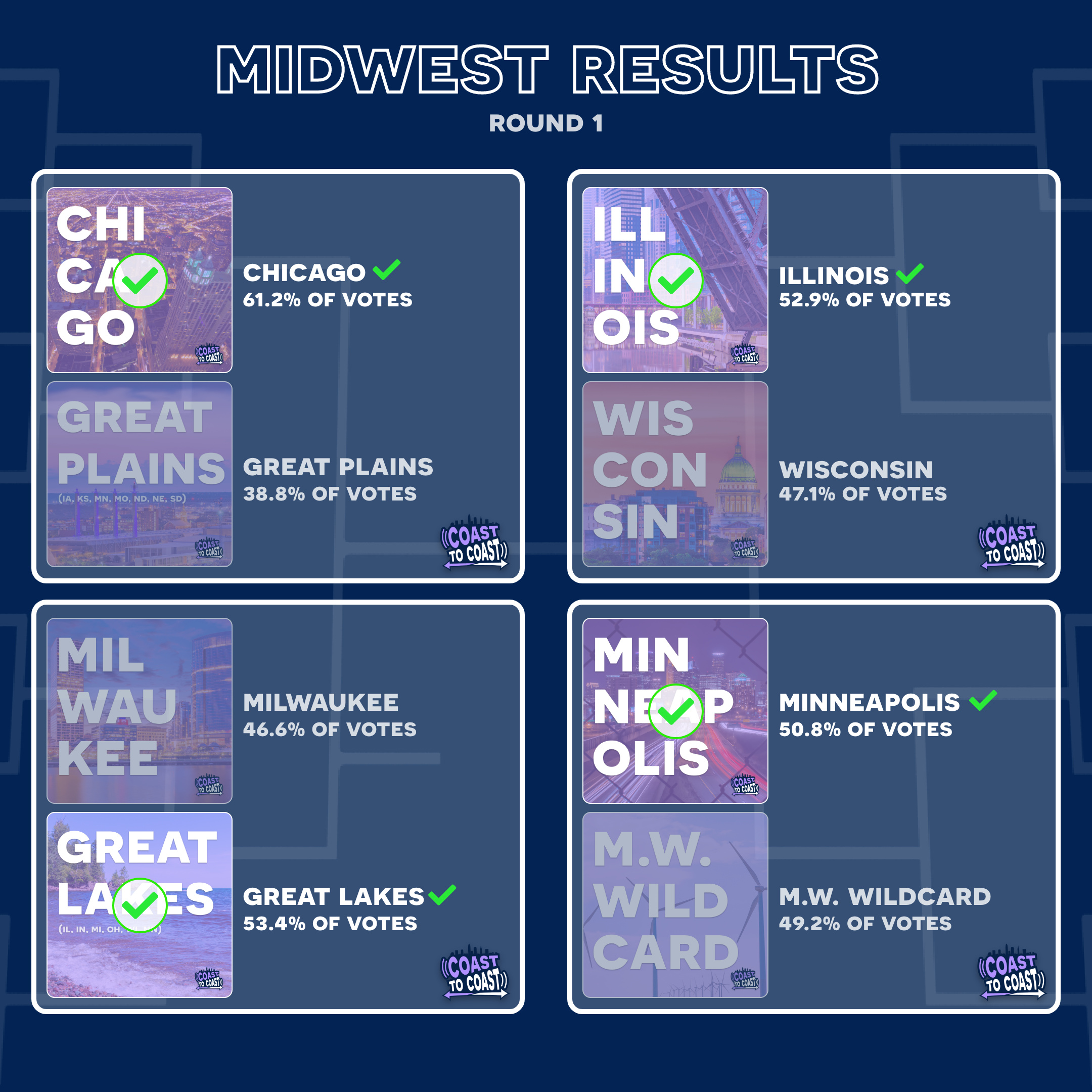 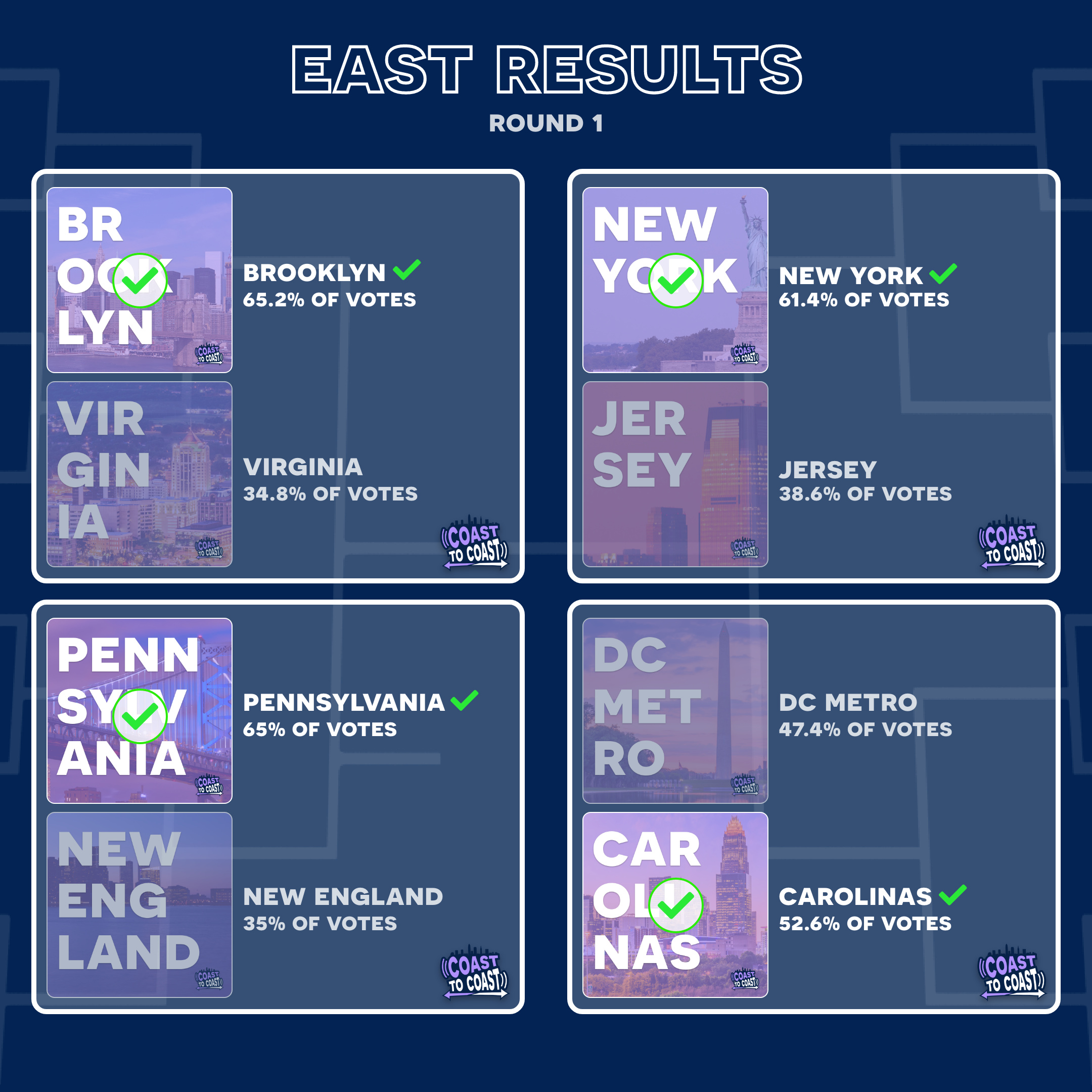 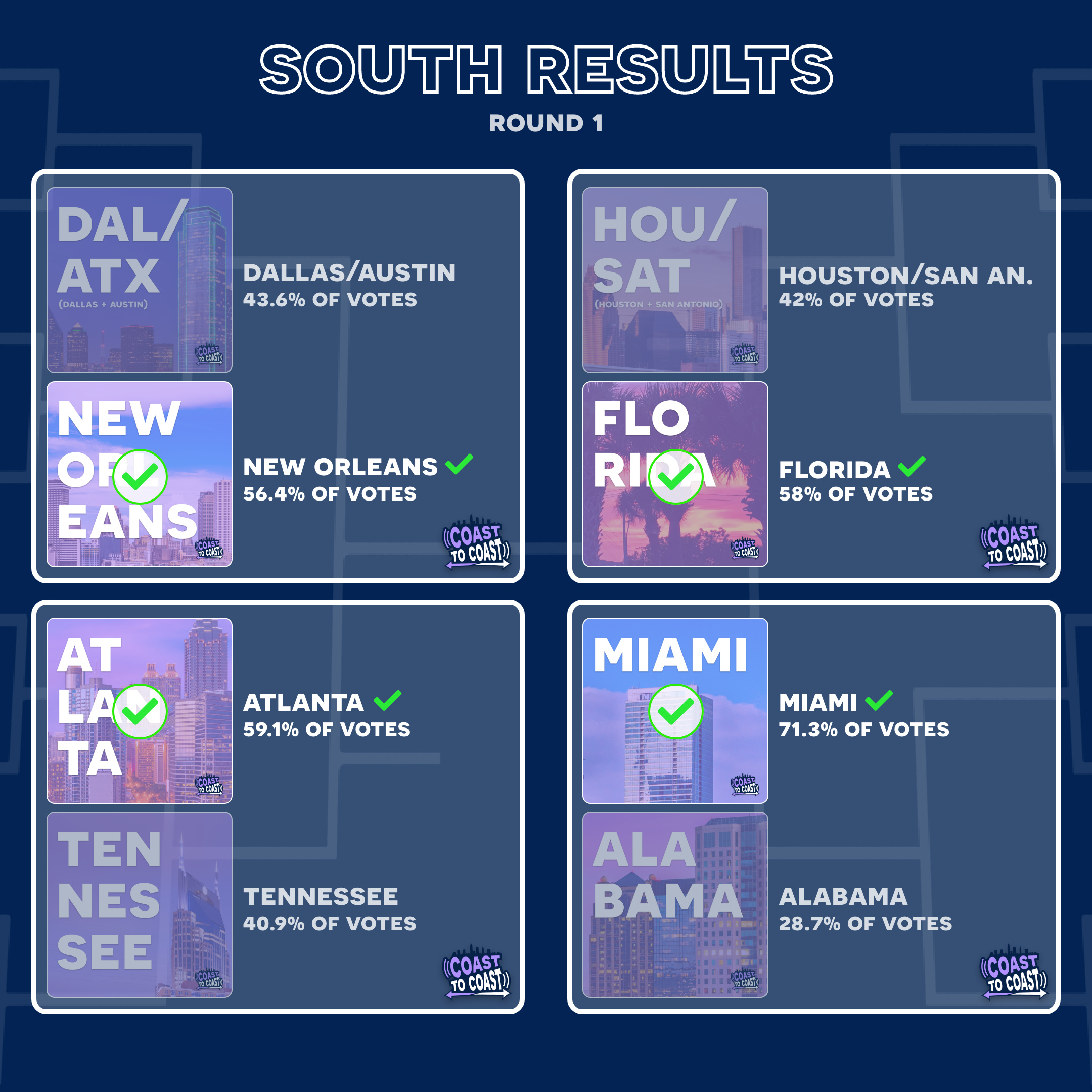 ROUND 2 PREVIEW: WELCOME TO THE ROUND OF 16

The Battle for SoCal
Los Angeles vs. San Diego

The Desert vs. The Mountains
Arizona vs. Colorado/Utah

Who Will Reign in the Lincoln State?
Chicago vs. Illinois

The Battle for the Big Apple
Brooklyn vs. New York

The Keystone State vs. Tobacco Road
Pennsylvania vs. Carolinas

We wish these teams the best of luck in Round 2!

You can also support the official Coast to Coast artists by pre-ordering a pair of the all-new, limited edition Soundcore X LÜM Liberty Air 2 Pro headphones! 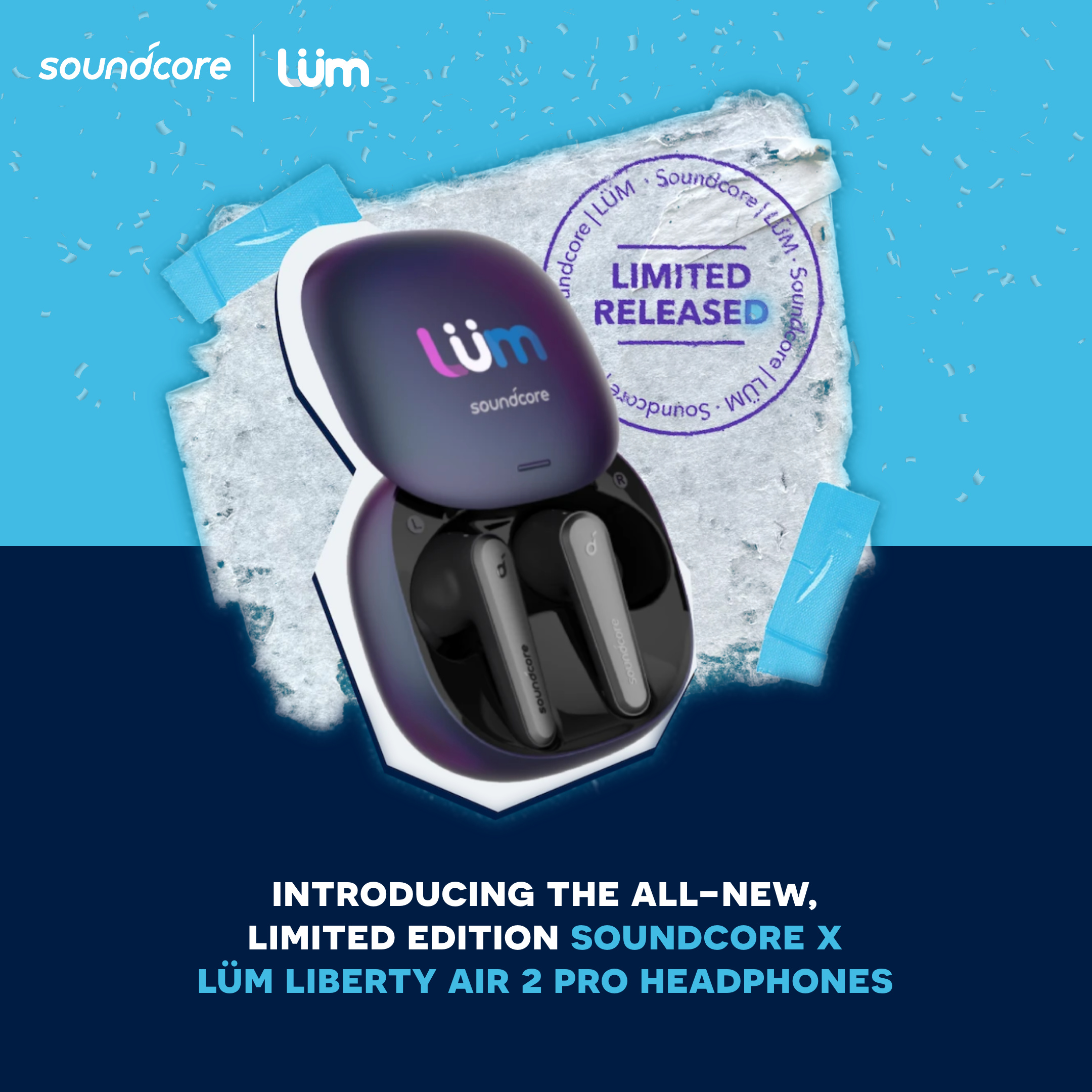 Select your favorite Coast to Coast artist when purchasing and $20 will go back to that artist!

A nice amount of people casting votes. No particular city yet.

Lets go east coast! Also where can I vote is it in the lum app or somewhere else?

So psyched for this!

Curious if the votes are focused on the group of artists representing the area, or team spirit based on where the most people live?

The atlanta metra area has almost the population of tn, but is probably a higher percentage online, so not sure how that falls out…

Voting can be done on the website too I think… I was a day late in getting my votes in, but glad to see Pennsylvania moving forward… let’s gooooo!!

@loz you survived the rowing fundy?