Have really enjoyed using my Motion Boom Plus via aux, but it simply isn’t working at all well via bluetooth, especially when unplugged from power. Edit: It’s now being picky about if it works from aux, too… I have to turn it off and on again after bluetooth for aux to work

Worked fine for a few days, now it skips like a broken record, as if the phone is miles away from it, even when it’s sat next to the unit. When USB is plugged in, it’s roughly every 20 seconds or so (not exact, sometimes more frequent), but as soon as you unplug it from power, it’s almost constant.

I have tried resetting the unit, no effect. Reinstalled Soundcore app, no change. Firmware is most recent. Tried various apps but nothing works. As an outdoor portable speaker, it’s currently utterly useless, which is a real shame!

My original Motion Boom is still going strong, with none of the issues.

Seen other complaints of the same elsewhere, in reviews for example, but not here - is this something that might get fixed in firmware update, or is it a fault?

Make sure you put it all clearly in email to service@soundcore.com

It would not be surprising for a fix via firmware to come and the more who explain what is happening the faster they know and can fix.

Product only been out a week or so they’re learning from you now.

Eventually they’ll notice your post here but email is always the fastest.

A contact to the support is useful.
Don not forget to create a characterizing video and add all numbers you find on the speaker…
Good luck,

Hopefully you’ve opened a ticket and waiting for reply.

While waiting some ideas:

This is a reminder of why not to get early bird discounts - you are the guinea pig - while if you waited for a discount after a couple of months either its a fixed updated product or reviews let you conclude not to purchase.

Got a Motion Boom Plus a few days ago, same exact issue, called support and explained the issue… The person I spoke with said it sounded like it was defective since I had tried multiple devices and different apps, reset my Bluetooth setting and nothing helped. Since I bought it from Amazon they suggested I initiated a return from Amazon and get a replacement which I did, currently waiting for the replacement…

Good suggestion from support, yes buy another and send original back is a fast approach.

An anecdote from today for me. I have a Motion+ , not the Boom+ and I use it, need to use it, with my laptop which has meager bottom-firing speakers.

What had happened was my tablet was paired with the speaker and had connected also, even though the speaker does not have multipoint. As soon as I turned tablet bluetooth off, then speaker off/on, the stutter totally went away.

So I just try to remind people to reset speaker and delete all pairings. Some pairings may be accidental.

The bluetooth antenna on this speaker is a work of beauty. It is huge, the perfect length (6cm for 2.4Ghz) at the top of the speaker in the handle and no metal near it - should have excellent Bluetooth distance. That part seems perfectly engineered. I would not be predicting stuttering for this product. 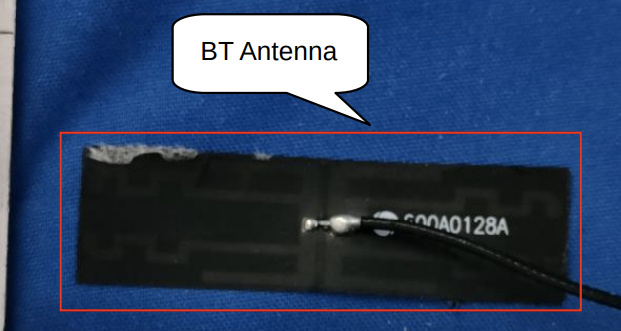 You can always do a little review for us with pictures and such. As
folks may come here to sometimes to find reviews for the products and it can be helpful for others to select the device as well.

Its a “new” speaker so some bugs could get fixed by an update.

So if you’re putting yourself of more risk, by being a guinea pig for a new untested product, you need to wait a month or so for bugs reported and fixes pushed.

Or avoid being a guinea pig and just wait a couple of months for the discount to come.

I’ve just been told by the team that you can update to the latest firmware to fix the issue! Thanks for flagging, we’re trying to solve as quickly as poss!

It’s good to know there was an update that fixed the issue.