Motion Boom Plus has awful delay over AUX. Anyone else?

Hello there,
so I bought a new Motion boom plus speaker.

I have noticed a problem that bothers me a lot:

When I start playback of music (over AUX), the speaker often times has a great delay before the sound is actually played.
As an example, I press ‘start’ on my Spotify App, but the sound only begins up to one minute after I pressed the button.

To illustrate this further, in the attached image, each differently colored graph represents a new frequency curve test. In the marked section, you can see that all the tests show a great variation, which is due to the speaker not responding / not playing the audio in time and at varying response times. Normally, these graphs from all tests should be more or less the same! 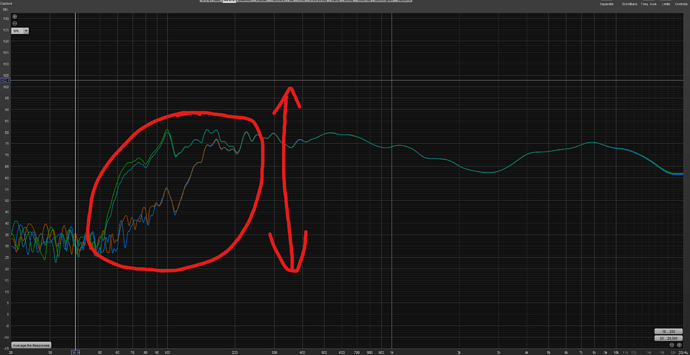 My soundcore app as well as the speaker itself run on the latest firmware versions (3.1.6 and 00.42). Nothing I tried fixed the problem.
Support told me to send back the speaker, but I’ve seen other posts on the same problem (on another soundcore product, though), so I highly doubt that getting a new speaker will help.

Does anyone experience the same issue? I think the speaker is going into some kind of power saving mode…

Well I don’t have that speaker, but you shouldn’t be seeing a big delay connected via Aux. I’s try exchanging it.