Shaping the Sound Of A Generation | Soundcore Stories 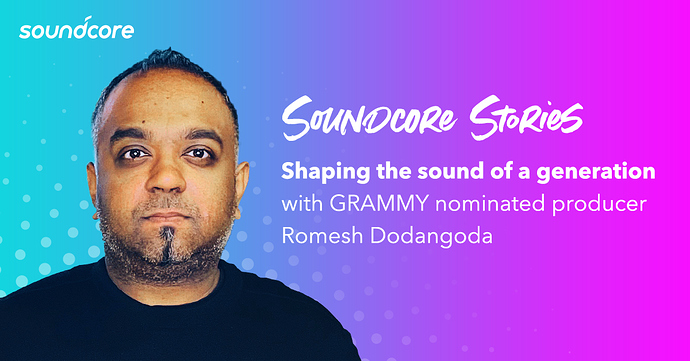 Romesh Dodangoda is a GRAMMY nominated producer from South Wales, who has worked with some of the biggest names in rock and metal, including Motorhead, Bring Me The Horizon and Bullet For My Valentine.

Romesh boasts an impressive arsenal of recording equipment in his studio, Longwave Studios, and has cemented himself as one of THE guys to go to in rock or metal when recording. Find out how he manages to capture that raw exciting energy from some of the biggest names in the rock world and the story behind the online music community he has set up in his spare time to help emerging musicians!

For those without a subscription service - Listen Here

I’ll listen to it

Another great episode this week

haha that would sound insane wouldn’t it!