Artists of the Week: The New Soundcore X LÜM Series!

Crazy to think we’ve already been a part of the Collective for a month now! It’s been awesome to see
the LÜM and Soundcore communities come together – especially considering we’re just getting started

In the first month of LÜM being Soundcore’s official music streaming partner, you all streamed independent artists’ music more than 800 THOUSAND times through the Soundcore app… That’s awesome!!!

As a way to introduce you to more members of the LÜM community, help you find new music, and continue supporting independent artists using LÜM, we’re starting Artists of the Week – an official Soundcore X LÜM series released each Friday. Check out the Artists of the Week below and be sure to give their music a listen – we promise you’ll be blown away! 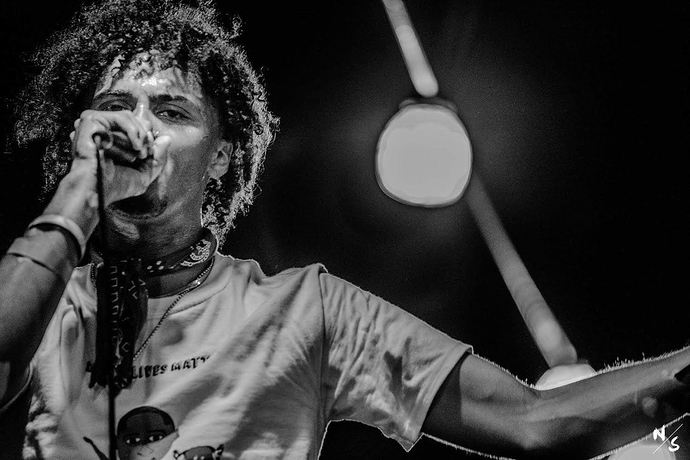 Caleb Mikel Hutchison, professionally known as ILY Truly, is an independent, young and passionate artist and record label CEO. Rising up from the small town of Kenosha, Wisconsin, Truly continues to make his mark on the music industry and brings his potency to the table. His inspiration comes from his father, his passion and love for music, and the art of creating music. To him, music is not just a career but also a way of life.

From ILY Truly’s flows to his ability to use and stretch his excessive cadence, his unique style is guaranteed to catch the ears of many. With different tastes in genres like rock, trap, hip-hop and RnB, he continues to express his versatility and ideas through his new wave sound of melodic rap.

In 2020, Truly founded his independent record label, “Death Rose Records,” and set his efforts for 2021 toward releasing unique, never-before-heard eccentric music; as well as making himself and everyone on his label mainstream stars.

Staying true and humble to his creativity and love for music, ILY Truly continues to focus on being himself, bringing him farther than ever before in his music career. 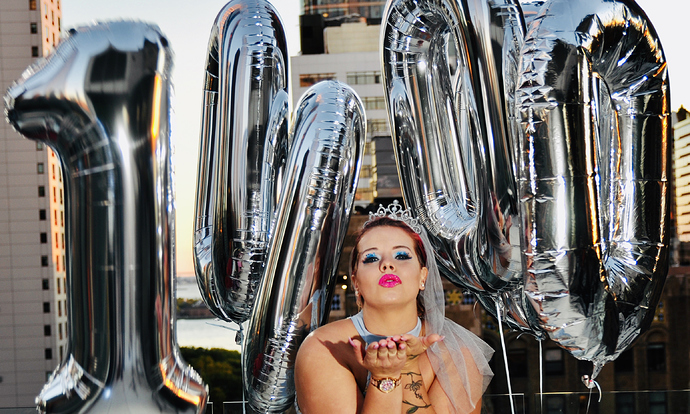 Celebrating more than 100,000 streams on LÜM, the Philadelphia-based singer and songwriter, Rosa Nice, utilizes LÜM to not only promote her music but also to create life-long connections with her friends and other industry professionals.

A direct result of her success on LÜM, Rosa opened Not So Nice Records & Promotions (NSNRP) in May of 2020. NSNRP functions as an independent record label and publishing group, and it has allowed Rosa to find a seat at the table. Rosa released her first song, “Revolutions,” in November of 2018 on iTunes and Spotify, but it wasn’t until later in 2019 when she uploaded her first track to LÜM and experienced what it’s like to have super fans and real support from real people!

Check out Rosa’s Playlist, “Sugar, Spice, & Everything Nice,” where she combines the experience of her own music with that of other amazing creators on LÜM! 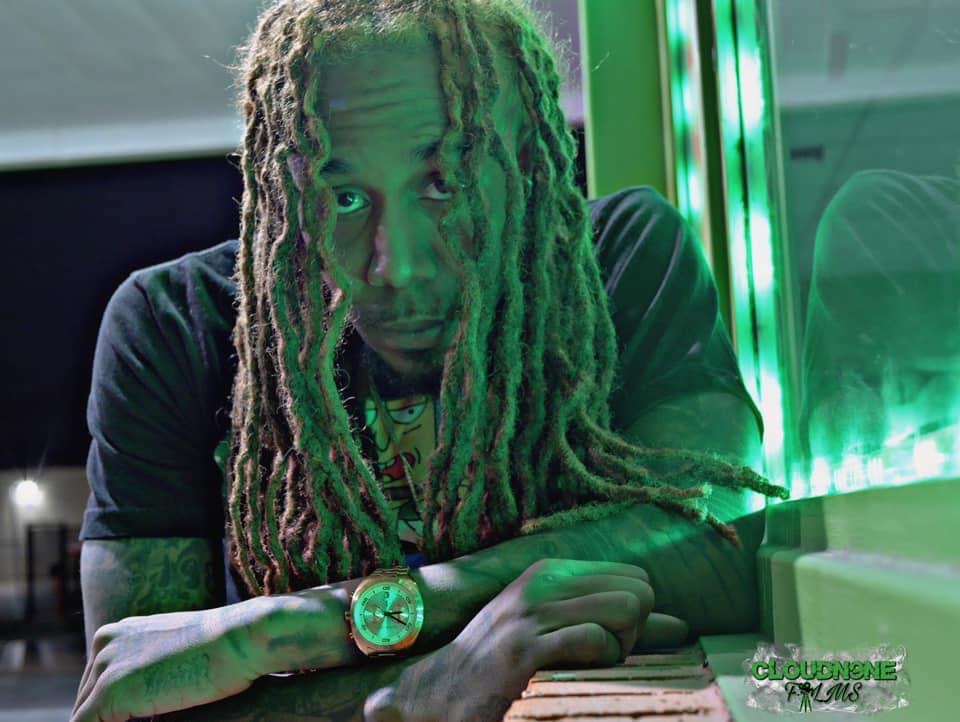 Michael Rashad has quickly become one of the hottest artists from Texas to emerge on the LÜM platform. He has proved his creativity and range through a diverse discography, including Trap, Hip-Hop, Pop, and even EDM. In 2013, he toured with Texas legend “Lil Flip,” and quickly learned what it truly meant to be an independent artist.

With multiple #1 songs on the LÜM charts and his most popular song, “The Cure,” he’s been able to separate himself from the pack – all while completing more than 80 collaborations with other artists and producers on LÜM! 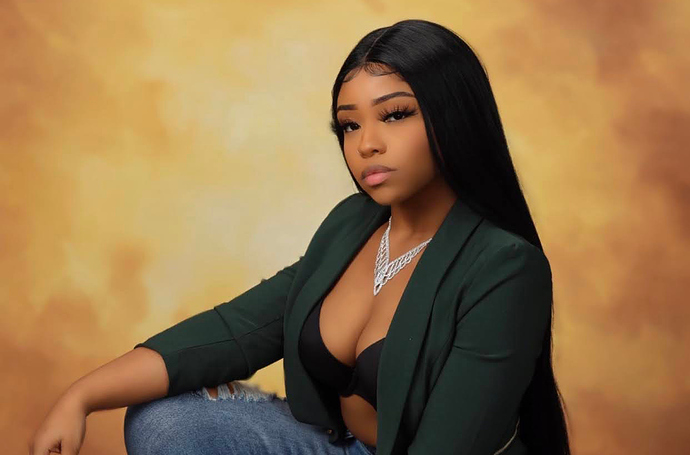 Also hailing from Texas, rapper and songwriter Johnneshia Thompson, AKA JNESHIA, was born with a passion for music. Growing up rooted in both Louisiana and Texas contributes to her diverse sound and the personality revealed within her music. At an early age, JNESHIA became fascinated with music – even feeling that her heartbeat would sync with every song she heard. She soon realized she was naturally connected to music and went on to represent herself as “A Musical Heart” in the eyes of others. Her interest was cultivated during her teenage years and further developed when she opted to pursue a degree in Audio Engineering.

Feeling influenced after completing her degree, JNESHIA delved even more into her vocal and rapping skill while sculpting her sound. Her creative approach is intriguing and unique yet sexy. Her enthusiasm and breath-taking vocals capture the hearts of RnB fans while the blunt impact and deliverance of her lyrics grab the attention of hip-hop lovers.

Whose music do you guys vibe with the most?? Tell us in the comments!

I’m enjoying Michael Rashad at the minute! ‘The Cure’ is a vibeeeee

Thank you so much to Soundcore and LÜM for featuring me as an Artist of The Week!!! I’m so grateful to be among other amazing artists, creators, and fans!!!

I will say I have not caught some of the names the last several times day… When I start work and I hit a different genre and get to testing these reports I have for the last few weeks… Currently on R and B today. Will say that I have not heard many that I did not like.

I will say that as I listen to several songs that after the 4 or 5th songs there is a short pause between that next song.

My first impression on seeing this was “Halloween already?” The green skin look in one of those pictures was very monster mash.

Yes, I have listen to that as well and it is very good.

I knew it was the lighting from the LED. I will say that it may have been the lights but at first I thought he was an old man from the picture but could tell the different when he had his video.

Rosa has some sweet music, I’ll have to check out the others too.

Bardo is pretty good too. Just sooo many to chose from.

So dope that lum and soudcore collabed 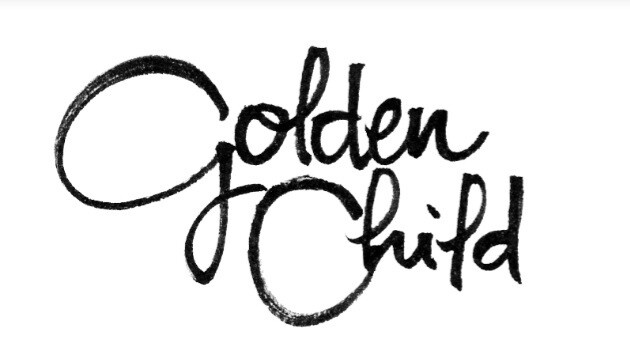