I don’t know if my buds are defective but i only got like just under 2 hours of battery life in normal mode with ldac on. Volume around 80%, also these don’t seem to be very load at full volume. Even the hearing id eq made to my ears is awful, have to customize the eq. after i use them i don’t charge them in the case and have them power off after 15 min. I should be able to get more usage then just under 2 hours?

I think there was a chart somewhere or it was in one of the reviews.

I think if you had LDAC on and NC on as well that it did have a little bit of a drain to them. Although I do not remember the times but I think 2 hours was too low for the time that I remember. Plus at 80 percent it probably would drain it more…

i don’t have nc on

Agree with @Duane_Lester 80% volume and usage of LDAC and/or ANC will drain the battery much faster.

That is a JAM session going on. I remember those days when I was younger.

I guess it has it good and bad points on that. In that you can switch between both and get extra time or turn on both and maybe have it drain it quicker. I am figuring the LDAC may be drawing more battery life but that is just a guess. If it as good as the L2Pros, I would almost just use NC and AACA2

Assuming you’re on 04.51 firmware (if not use app and update), then try a factory reset … put buts in case, then press and hold the button on the back of the case for 10s
Re-pair and see how it goes

There is a table published by another headphone maker on web. This table say LDAC drains battery faster than SBC or AAC.

I will see how much battery drain i get at the gym today adter 45 min with ldac on and in normal mode.

i used the at the gym on thur for like 45 min, battery went down to 80% checked them today they were like 10% shut off and not in the case?

I reset the buds they were fully charged, used them for like 55 min today in normal mode with ldac on. They are set to power off at 30 min. the work out was done at 2.30. Got home around 4 and battery level wast at 60% checked them now at 9.45 and they are almost depleted?? WTH? i don’t put them in the case as i don’t want to keep charging them fully at only half the level all the time. Power should not fully be wiped out in one use?

Battery level should not drop %40 while sitting on a desk not powered on. They should have less then 30 min to turn buds off in the app, 30 min is way to long. The problem is theres nothing in stock now have to wait till amazon gets restocked.

Have you opened a support ticket to kick off a replacement?

Pending that, based purely on your words, and I don’t own these so am guessing. Are you sure they are actually turning off?

Also it is an odd failure, because it would be reasonable to expect if one of the buds has a hardware fault, like a battery inside is not working properly, you’d expect one bud to drain to empty much faster than the other bud. Is that your aspect - one of the buds is draining faster? If not, both buds draining fast then it’s something else entirely, either the case is not charging them which would manifest they don’t come out of the case charged, but that does not match your words. So it appears to be a software bug where for example the buds are incorrectly stating 100% charged when nearly empty.

Agree with others here, there’s something wrong, it has all the impressions of a failed unit, probably not the buds hardware but the case hardware or more likely a software bug so either a firmware upgrade (they can push you a beta fix) or needs a warranty swap but that is between you and support.

Yes both deplete at the same time. I only assume they shutt off? i have them to power off after 30 min via app and turn off bluetooth. The power off should have options to lower the time, 30 min is way too long. I did contact support but i hear stories of weeks for a replacement. I bought these from amazon and they are out of stock at the moment or otherwise i would return them.

Think of all the ways hardware can fail.

If both drain fast then it is unlikely the batteries in the bud as you would expect one bud to drain faster.

So it must be something else. Software, firmware, settings.

If you did get a service warranty replacement and it happened exactly the same again - what would you investigate? Run that scenario now and try to find a cause?

Think there must be an issue with the “sleep” on the current firmware.
I listened to my L3Pro’s for about 10 minutes last night from full.
Took them off, turned off bluetooth from my phone (only paired device) and left them on my bed side table until now … so 18 hours of “idle” outside the case with sleep set to 30m
So in theory they should still be almost full in my mind.
But they’re practically empty. So they’re not going fully to sleep … or in sleep mode they’re draining much more than i would expect 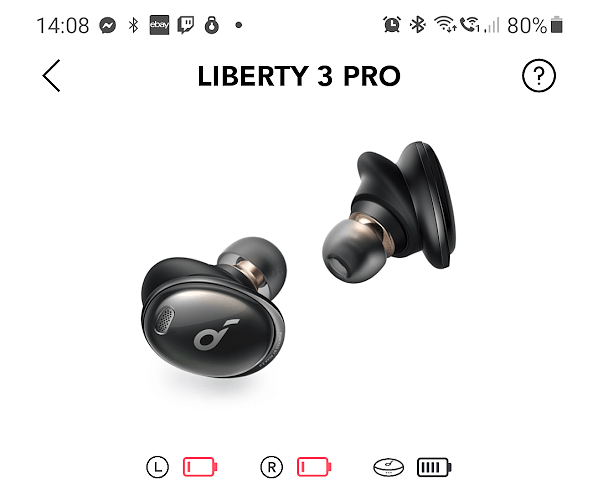 Interesting, that looks exactly like you figured it out.

But - when you disconnected, do you think they may still have connected to something else you had paired with? i.e. multipoint gives less opportunity to be disconnected from everything so doesn’t turn off?

Any pairing with Windows 10, it has a habit of trying to reconnect without being asked to previously paired devices. I’d look at that.

No … these buds were factory reset a week ago, paired to only my phone and nothing else (plus running LDAC so no multi-point anyway)
So they should have gone to sleep / low power